Last Of The Summer Weed... 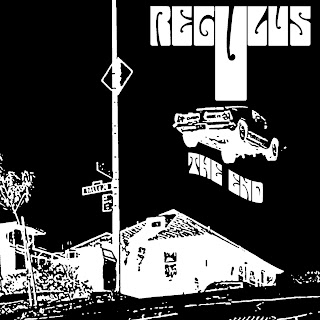 To be entirely honest, it's got progressively more difficult for us to bring you bands that we actually stumble upon ourselves. We get more emails a week than we can possibly deal with at present because of all you talented bastards out there, and we don't like putting more than one band up a day because it will inevitably result in the one getting eclipsed by the other. So with that public service announcement over, I really should begin by thanking @ElectricSabbath on Instagram for giving me the heads up on these chaps! I assured her that I'd get to them this week, and dammit I'm a man of my word! Besides, it makes it a whole lot easier when they're homegrown and pretty damn good to boot.
It's not really the sound you expect from Yorkshire, though saying that, the UK's a small island and to be fair we have produced some pretty great music from every corner. With the exception of maybe Wales. Budgie, Tom Jones and Stereophonics are ok, but lets face it, as a country they're not really pulling their weight when it comes musical wonders. But for all of you outside of the UK, this is Yorkshire. It's kind of like God's waiting room, but for all the ones who couldn't quite afford to move down south to the coast. It's the largest county in England and is predominantly fuelled by tea and a unwavering love of cricket. Either way, you'd seldom expect for it to be home of these guys.
Rocking a great lo-fi kind of southern rock sound Regulus sound like a bit of a cross between early Nebula and Church Of Misery. All that unrelenting fuzz, distortion and bursts of speed of say, Second Coming, smashing head long into the chugging groove and fun of Let It Burn, makes for one hell of a fusion once the dust and smoke clears. Smoke being the operative word too, because the real roots of these guys really do lie in stoner side of things. Listen carefully and you'll hear elements of Sleep, Weedeater and Saint Vitus shine through loud and clear. Well, maybe not clear, but certainly loud, and just shy of being dragged through the sludge. It's good be reaffirmed that our stoner rock/metal/doom scene is going from strength to strength. I really cant wait to see what else these guys have got up their sleeve...
~ Jay