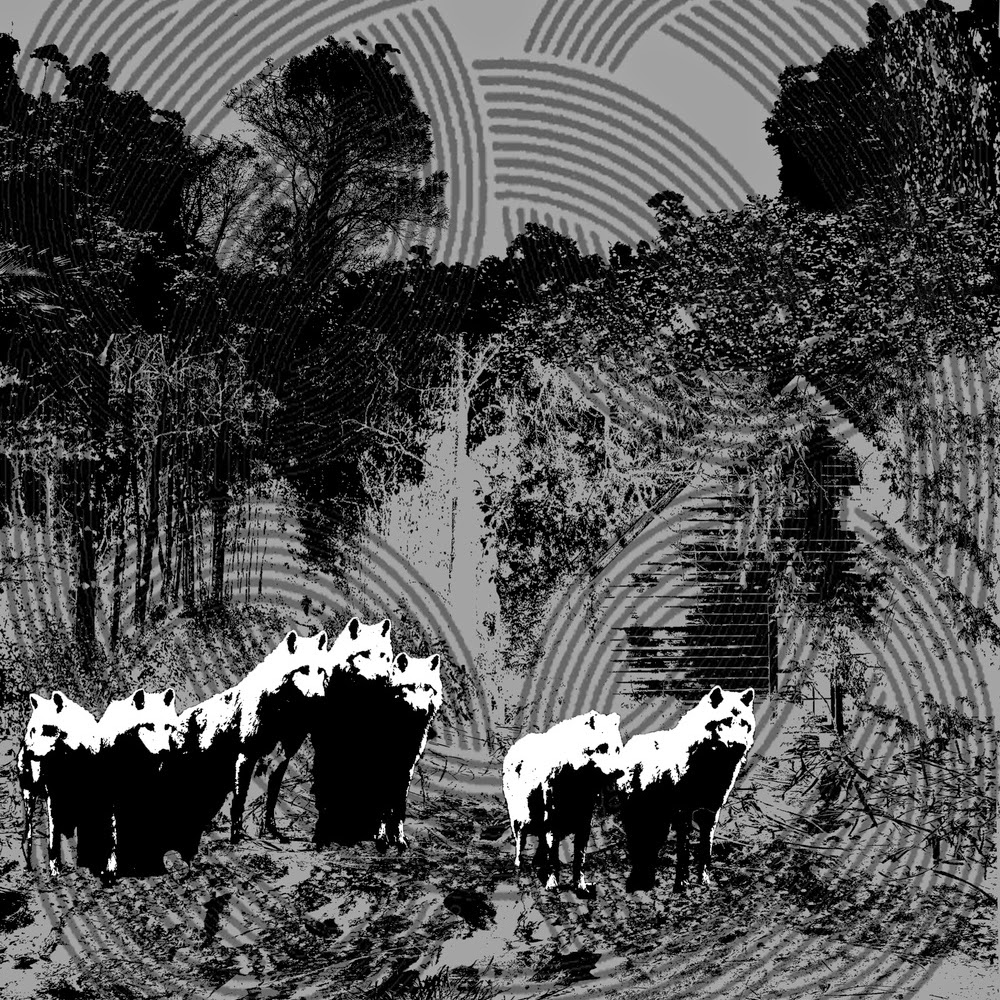 It would be fair to say that I've never made much of an effort to hide my immense and ever growing love for Utah's Top Dead Celebrity. So when my good buddy Jeff dropped me a line last year, to tell me about his new band Oxcross it goes without saying that I was just a little bit excited. But when I was given the finished album back in November and had to sit on it until now, well, you can surely imagine my frustration. Going by our past coverage of what the home of Mormonism and apparently meth, has to offer, it's undeniable that Utah, or more accurately Salt Lake City, has quite the pool of talent to dip into, and from the sound of things, there's no sign of it becoming stagnant any time soon.
Where the likes of TDC, Thunderfist and Dwellers flexed their rock and roll prowess with a dazzling array of riffage and gloriously groove thumping tunes to bang your head and air guitar/drum to, Oxcross have, in comparison, stepped out into somewhat uncharted territory. Right from from the start you can tell Tree & Stone has been carved out of a darker, more ominous and dare I say, focused niche. By which I mean, where other related projects had obvious elements of punk and beer chugging rock and roll, Oxcross have appeared to ever so slightly step out of that circle. Think of it as comparing Red Fang's last album to Converge's. It just can't be done. But it does bring me onto this new sound. It really draws more towards that grandioseness often associated acts you'd more likely find on labels such as Hydra Head or Relapse. With a slower, lower and all in all more sinister tone, Tree and Stone delivers a enormous gut punch in its opening minutes then proceeds to push you to the ropes and pummel you senseless about the head for the remaining 40 or so. It's at times manic, hate fuelled and brutally roaring, but all that coupled with moments of fleeting eerily harmonic beauty and an air of deliberate ambiance. It's pretty astonishing, and from what I can make out from the small amount of footage I've seen, makes for a pretty awe inspiring live performance. Accumulating in equal parts bowel rumbling ferocity and pure technical ecstasy Oxcross, much like Big Business manage to effortless turn out track after track of utter crushing brilliance. A couple of the highlights for me being the last couple of minutes of Seventh Son and the middle of Black Mark, which I'm pretty sure have been the cause of a few dents in my cars steering wheel, courtesy of my air drumming along.
To sum up, Tree and Stone completely slays, on all counts.  If you're in the market for a blitzkrieg of heavy and melodic tunes to rattle your brain loose from its moorings then this will far and away be the best 2 bucks you'd ever spend!


For Fans Of; Big Business, Kylesa, Baroness, Black Sleep Of Kali, In The Company Of Serpents