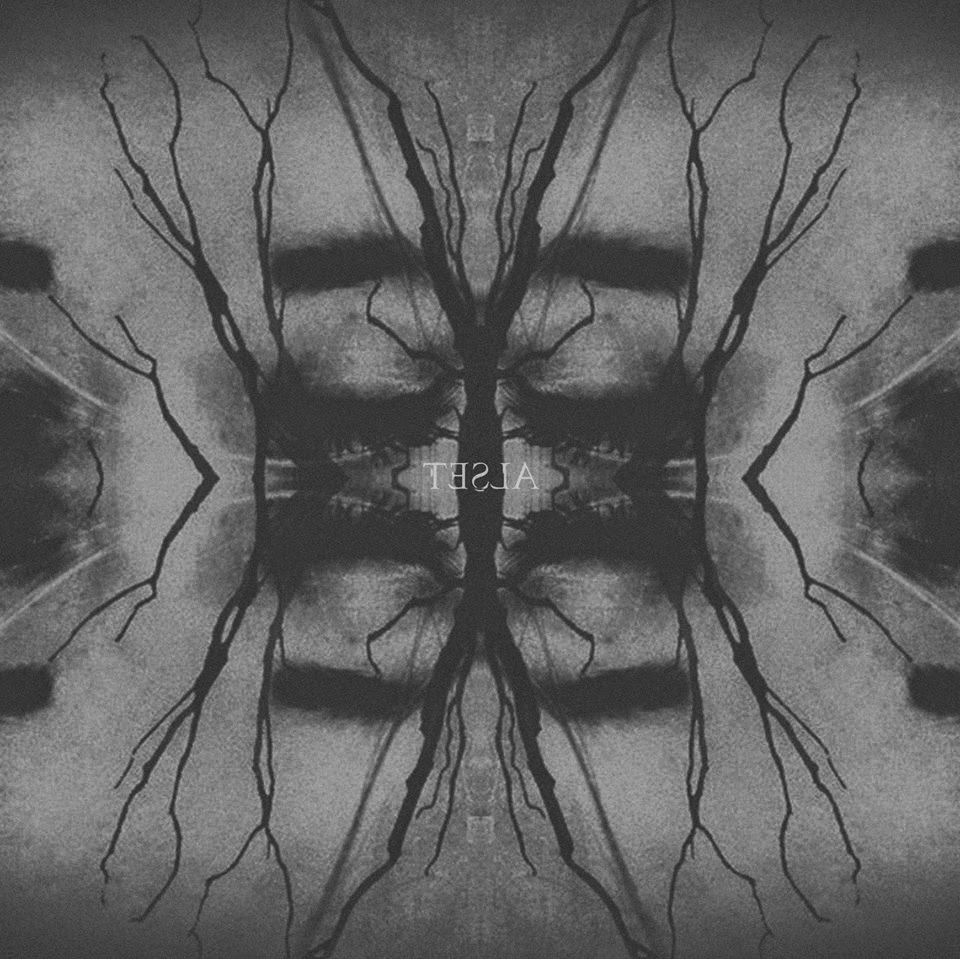 This split doubles as a tribute to the Serbian scientist Nikola Tesla (whose surname is used for both tracks), so it's fitting that it comes from a record label in his homeland, though both of the contributing bands are from the neighboring country of Croatia. Hazarder's side of the split is a thick and sludgy (but up-tempo) cloud of noise, heaving to and fro like a ship caught in a magnetized storm, with the drums providing thunderclaps, an electrical sizzling provided by the guitar, and the vocals serving as ominous rumblings of further violence.
Hesperian Death Horse's side begins with a quick jolt of piano-driven melody, before introducing agonized black metal vocals into the proceedings. From there, it's a slow, crushing grind of sound, like a steamroller turning skulls and skeletons into pavement. It's nasty-sounding and virulent in all the right ways, and they shift through a number of modes in the nine minutes of their Tesla track, packing violence and agony into every moment. Hats off to both bands, and their excellent, abrasive work, and here's hoping that PMK Records gives this a physical release in the near future.
~ Gabriel