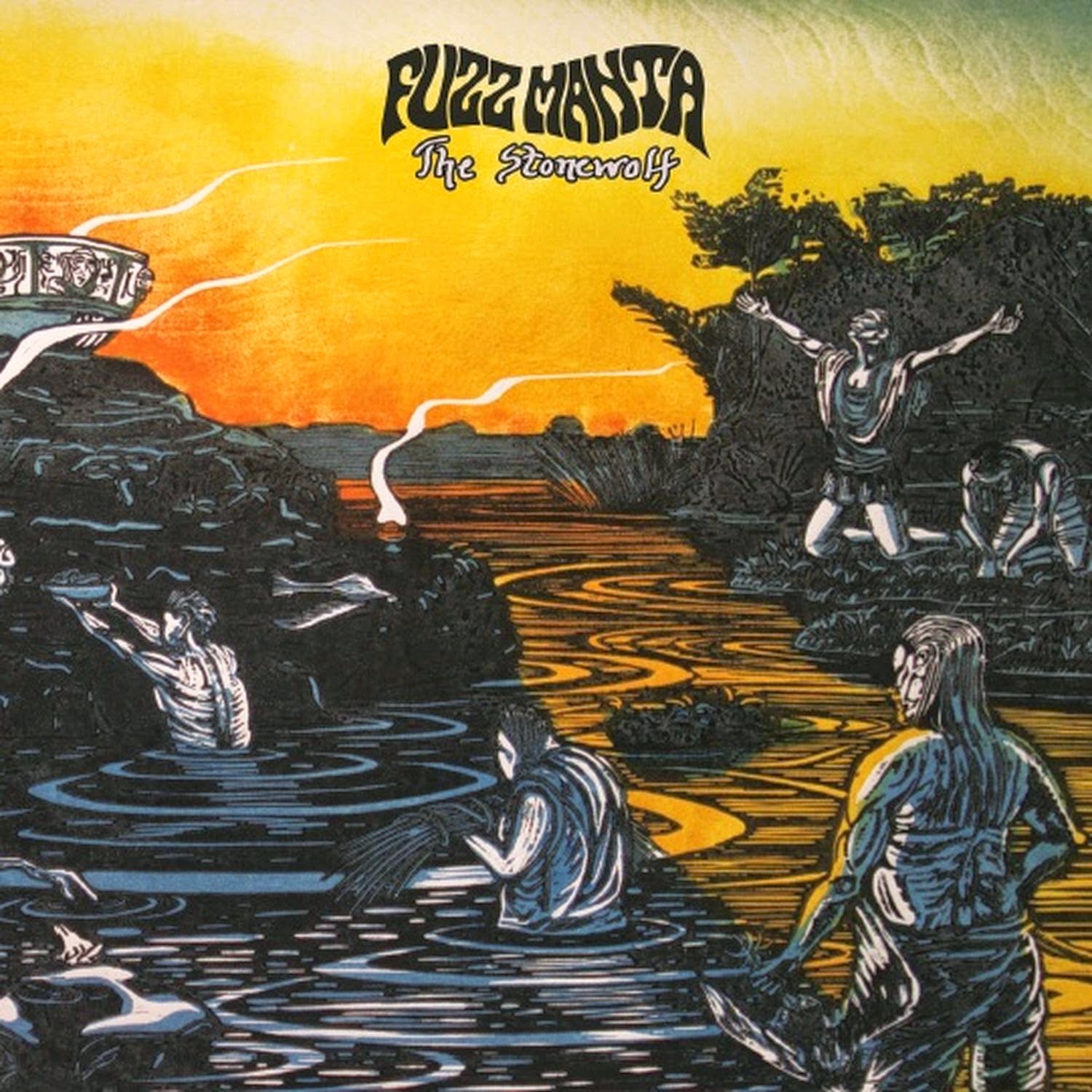 I'm not a big prog fan. On the whole, it's all a little bit disjointed and pretentious for my taste. I think my dislike stems back to my childhood, when I would be played Yes ad nauseum. Not that I can't appreciate the genre, hell, I love a good organ bashing (oh er!), but I'm a busy man dammit, where in my life is there space for a 10-minute Wakeman solo!? But I'm getting off track here. My point was going to be that Fuzz Manta are, for all intense and purpose a prog rock outfit. There are a myriad of other influences that shine through but their roots seem to be planted firmly within the early 70's progressive movement. I mean, just take a glance at the opening/title track, it's an absolute monster! Weighing in at a huge 34 minutes in length, they could easily give early Genesis a run for their money if it ever came to some kind of Back To The Future-like live stand off.
That being said, it was a little be of a slog for me to get through. Technically, it's absolutely remarkable, just like the rest of the album, but half and hour was a bit much. I think that's my only criticism with this album, and let's face it, that's wholly down to my own personal preference. If you do happen to share the same notion, then fear not, because from side B onwards the track length is quartered and The Stonewolf basically serves as a big unashamed monolith of spectacular talent.
Where many bands will incorporate a number of genres, then fleet between them throughout the recording, Fuzz Manta have gone to the extent of overlapping and merging them on top of one another. What's the difference you may ask? Well, it's one thing to break out a classic rock lick then suddenly ramp the pace up and go all southern rock, but it's a completely different ball game to be playing a southern rock riff then have someone playing an organ over the top. That takes a musical ear that very few bands out there actually possess. None the less, the whole amalgamation of different styles makes for one hell of a psychedelic mind bender of an album. Eclectic isn't the word. At times I actually had to check back on my iTunes to make sure that it hadn't skipped to something else while I was listening. From classic rock to stoner rock via the world of psych, space, funk, prog and even at times lounge, the Manta really take you on a journey. I've yet to actually exploit the whole album while tripping, but I can just tell that it's so textured and far out that I'm bound to find it a hell of an experience.
Do yourself a favour though and treat yourself to the vinyl, its undeniably the way this thing was meant to be heard. Float on over to our friends at Bilocation Records and give your ears the joy they deserve!
~ Jay