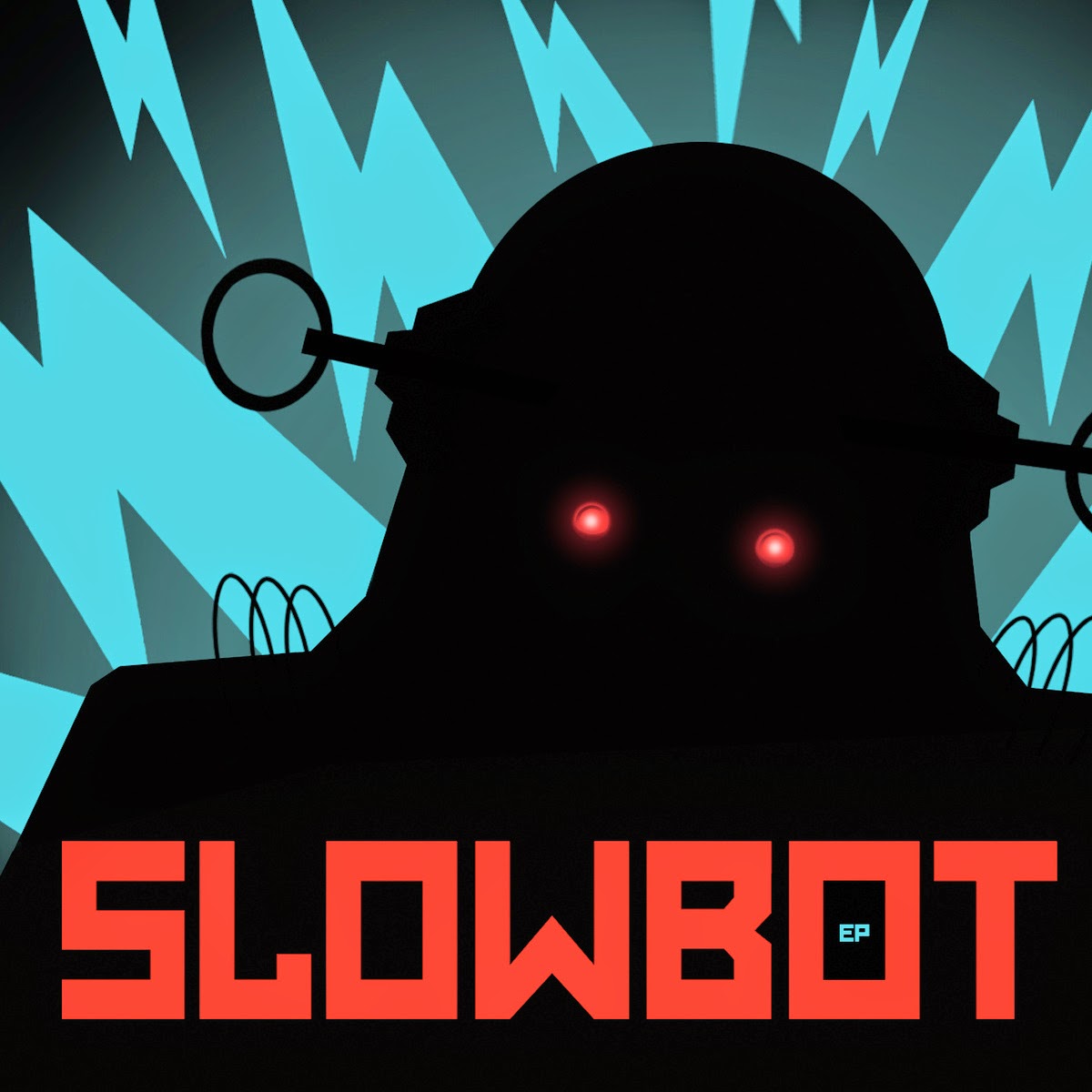 Slowbot is a four piece Stoner Rock band out of France, but to simply just label them off as Stoner Rock doesn't really do the music justice. What they play is really a "take no prisoners", grungy Stoner Rock with lots and lots of groove. With nice chunky, fuzz laden riffs, lots of fat bass groove, and 90's era grunge sort of vocals.Their debut, self-titled, EP was recorded in the summer of 2013, after only being a band for about a year. They just released the finished product on the 7th of April, after a Facebook competition to find the mix and mastering engineer. The result are 5 tracks of that heavy Stoner Rock that seems a little more addicting each time you listen to it, just like good music should. While all 5 songs are worth your time, and all were really stand outs in their own rights, the one I finally decided on talking about was probably what could be considered the single, "Casual Monsters". It's just one of those songs that embody the whole spirit and reason behind playing this kind of music. Opening with a Stoner Rock jam, a slightly fuzzy riff chugging along, that groovy bass line, and straight up, rock and roll drumming. The vocals drop in with that trademark Grunge sound, right in the middle of super clean and gravel filled, with a perfect amount of rawness and emotion. They really managed to pool the best things to come out of Rock music in the last 20 years or so, not bringing anything new to the table, but you shouldn't have to when you're doing the old thing so well that it almost sounds new. With a price tag of free over on their bandcamp, you really shouldn't pass this one up, one of the best, free pieces of music you'll pick up all year.
~Skip