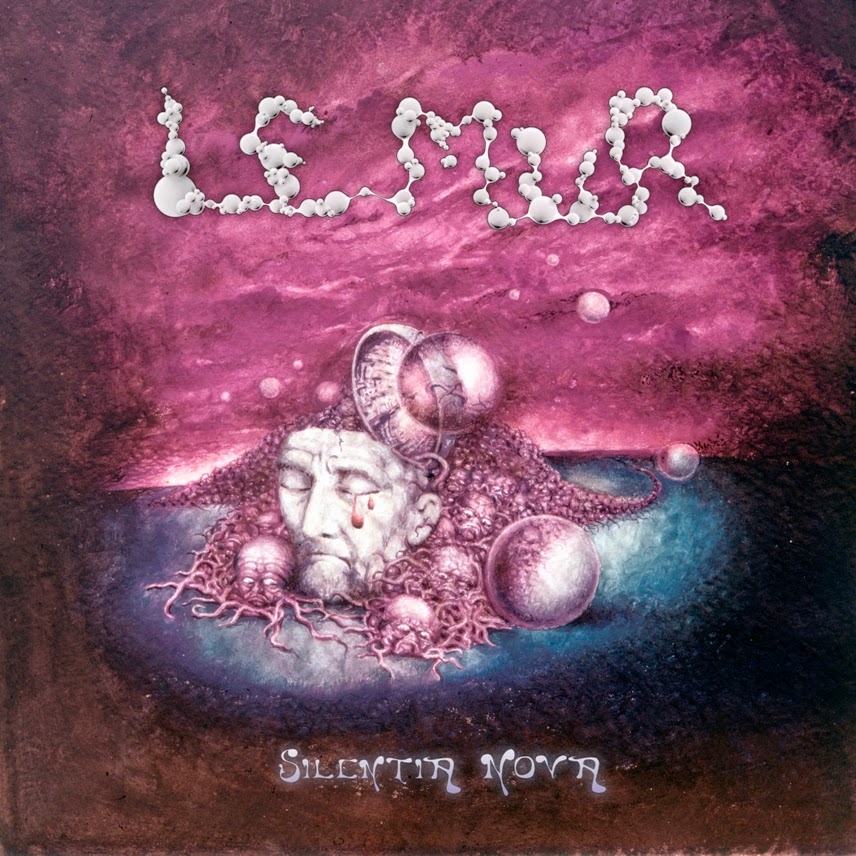 This German three piece plays what they've coined "heavy-dark-trip-rock", and that's a spot on description of their sound, because they defy pretty much all reasonable classifications. You'll hear a ridiculously wide spectrum of musical sounds, from dark and mellow electronic interludes, saxophone solos, Doom Metal riffs, Psychedelic Rock songs, lots of Prog Rock influences, it's all very well represented at some point in the 42 minute run time.
Their second release "Silentia Nova" opens up with the track "o.m.e.n - A Decision of Despair", and a crawling drum beat, accompanied by a kind of jazzy guitar track, and funky bass line. This is an instrumental track, so it continues on in like fashion for a little bit, until you get into the second half of the song and the Psychedelic Rock vibes start to kick in, with a loud, slightly fuzzy guitar part. The third track, simply titled "-" opens up with a mellow but funky bass and drum lines, which is joined shortly by a cool saxophone piece, and pretty much finishes that way and leads seamlessly into the next track. The sixth track is the title track "Silentia Nova", and is a real deal rock song all the way through, with a slow build up, you get to a hard hitting guitar riff, and a groovy as hell bass line that come together with tight drumming and produce one hell of a Psychedelic Rock song.
The group utilized lots of different sounds in their album, most of which you wouldn't normally find in this sort of music, but they use them, and use them well. From extensive uses of synths and keyboards and the dynamics they can create, all the way to the toe tapping saxophone pieces. If you're a fan of original and unique music, but at the same time like to hear some of those more traditional influences in it, then this is the band for you, give 'em a spin. You can pick up their vinyls over at Cargo Records and Sireena Music, or head over here for a quick download.
~Skip