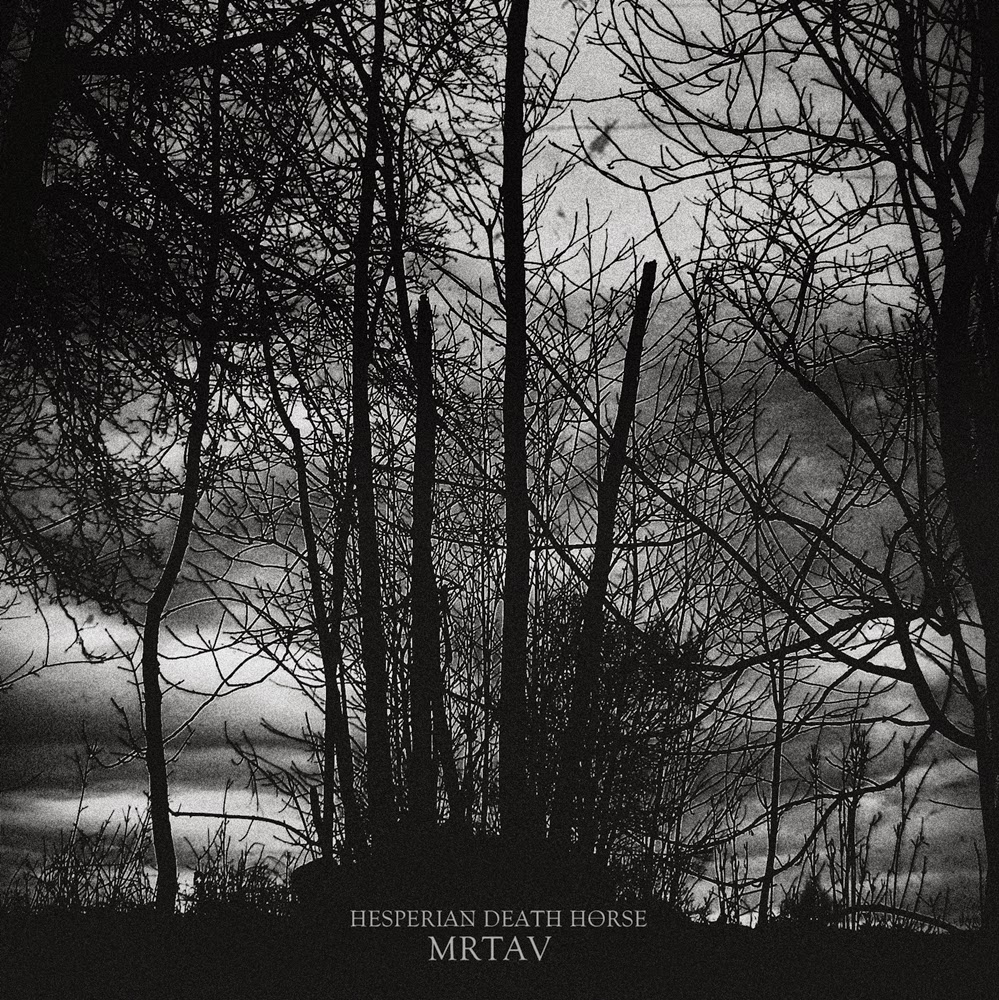 Hesperian Death Horse's debut album is a sprawling affair, with four track that add up to nearly an hour's worth of violent, nasty, chew-your-own-arm-off black metal, sludge, and doom. A significant portion of the material plays with post-rock conventions, though they're careful to never let it slide into the self-indulgence that plagues so much of that material; instead, they keep it tightly-focused, employing the quiet and melodic interludes just to make the rest of it seem that much more dangerous.
Despite the acerbic nature of the music, there's also a surprising lushness to it, thanks to the time and effort put into it through every step of its creation. Listening to it, you can appreciate how much they must have labored over getting the arrangement and production just right, and that attention to detail pays off in spades, even as they howl and thunder through the tracks. This group from Croatia has an enormous talent for balancing the violent, gritty side of their music with the smoother, more subdued side, but even better, they put that talent to work to elevate the music, instead of building the songs around a bunch of 'look what I can do' gimmickry, as a lesser band might be tempted to do.
Really, I don't feel as though I can say enough good things about the work put into this album, so I'll just say that it's fantastic work, it's an incredible debut, I'm desperate for this to get a physical release so that I can import a copy, and leave it at that, at least until they roll out their next album.  Damn good stuff.
~ Gabriel