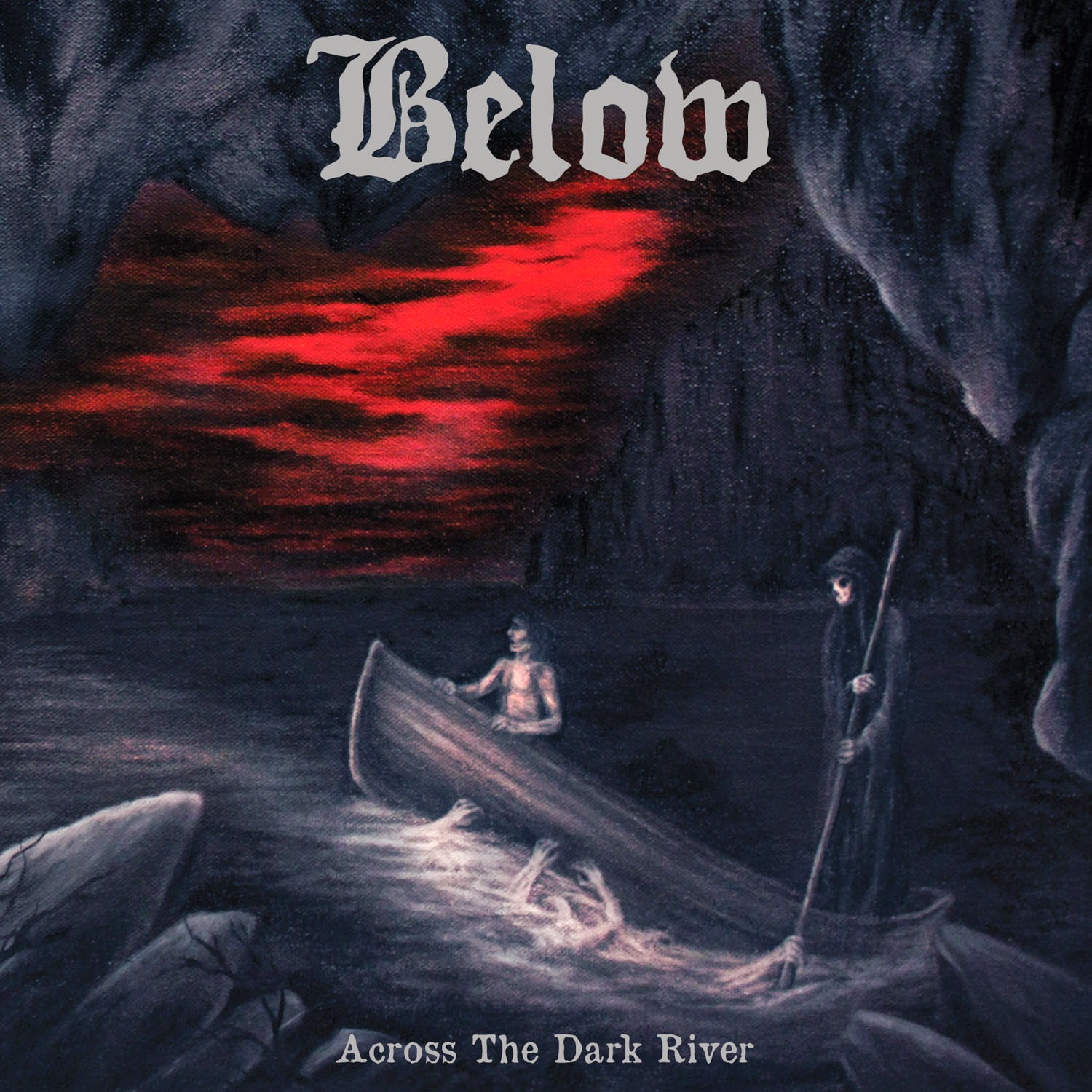 Heavily influenced by traditional epic doom, the Swedish quintet behind Below make no bones about their aims to sink as low as they can go while keeping a majestic sound present in their playing. And really, they do a great job on Across The Dark River, their debut album, which begins with “Trapped Under Ground”, a track that delivers on its title by sounding suffocatingly heavy and subterranean, and only gets more oppressively crushing from there. Despite the unrelenting doom, they find time to smoothly incorporate a few shredding guitar solos and killer drum breaks into the songs, done well enough to avoid any worries about it throwing off the tempo and pacing as well as kicking some serious ass.

Lyrically, the album is filled with ghosts and death, betrayals and despair, tortured magicians and triumphant ghouls, doing battle and sinking into decay. If you have a soft spot for the most exuberant of occult '80s metal, this album has a great shot at satisfying your tastes beyond expectations. It's a wild, well-crafted, and excellent first album, and it gives the impression that this band is destined for big things and steady touring. Keep one ear out for further developments, and the other listening to this album.
~ Gabriel