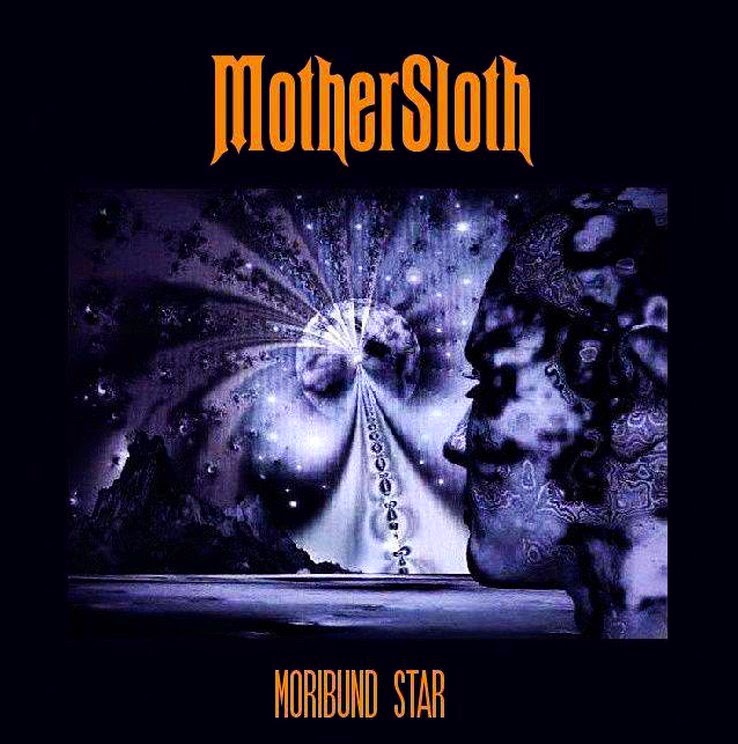 Capitalizing on their excellent album title, MotherSloth's second LP release takes traditional doom metal and applies a thick layer of fuzz to things.  They know how to work a groove, as testified by the opening track, "Hazy Blur Of Life", in which they get a roomy bass riff going, backed up admirably by the drummer, before launching some loose and limber guitar and making everything spark, then just fanning that flame as it burns through the rest of the song and into harder territory.
The rest of the album takes the blood-shot colossus sound of the first song and gives it tweaks here and there, working it into new forms without losing that primal groove connection.  "Holy Wall", for instance, as the first song following the massive entrance of "Hazy Blur Of Life", takes that sweet-spot fuzzy bass and plugs it into a slow-cruiser missile of a song, detonating on impact into a cloud of fuzz and doom to obscure the sun; "Dead Flower" and "Dry Tears", the other two major players on the album, put their own twists on the formula, with the band emerging strong and triumphant from each after diving into the darkest tones they can uncover.
If you've been hungering for some big doomed-to-the-roots sounds towards the end of 2014, or a surprise contender for album of the year, get yourself a copy of Moribund Star without delay, then let it liquefy you from the eardrums out.
~ Gabriel