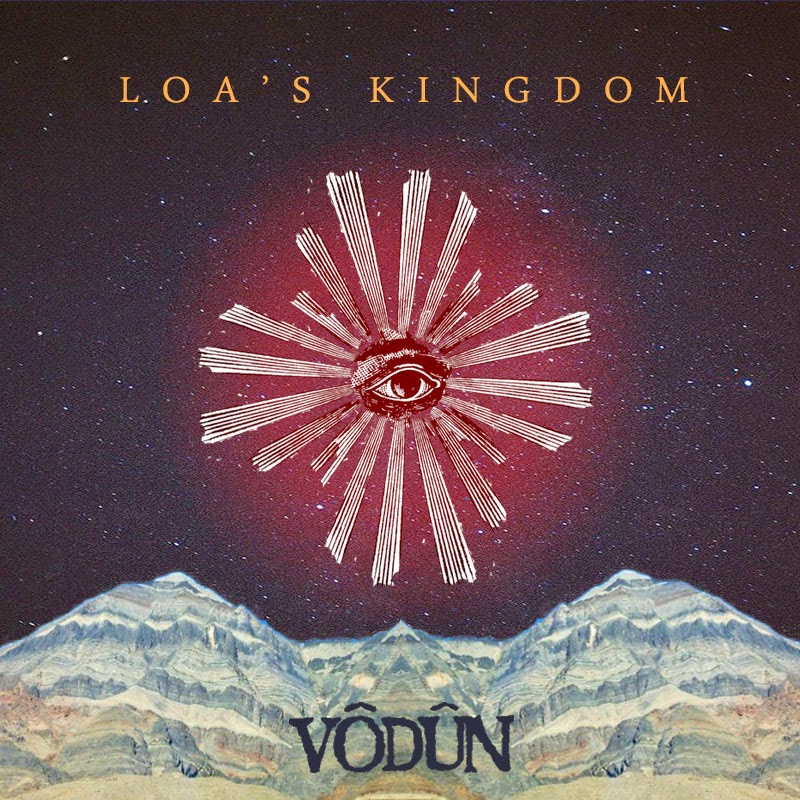 Ever since coming across Acid Bath about a decade ago, I've been looking for full-on voodoo metal.  There've been some close calls (Nunslaughter's Hex comes to mind) but at long last, Vodun seem ready to serve up the treasure I've been seeking.  That they're from the UK is something of a puzzler, but nonetheless, their new single (getting things warmed up for their first LP, Possession, which is slated for release sometime next year) has enough wild energy roiling beneath its surface groove to let them lay claim to channeling some spirits into their performance.
While "Loa's Kingdom" is just short of three minutes, the trio of Vodun make a strong impression in that time, showing off their liveliness on guitar, Caribbean-flavored drum rhythms, and vocals which pull off an edge of ethereality even while dwelling in the bluesy roots of doom metal.  It's enough to have me eager for their first full-length release, and curious as to how many different styles they'll incorporate through its run.  Hopefully that won't be too long in the making, but until then, you've got time to get a tantalizing taste for yourself.
~ Gabriel


For Fans Of;    Olde Growth, Necronomicon (Brazil), Windhand, Jess And The Ancient Ones, Moon Curse