Tear Up The Skies... 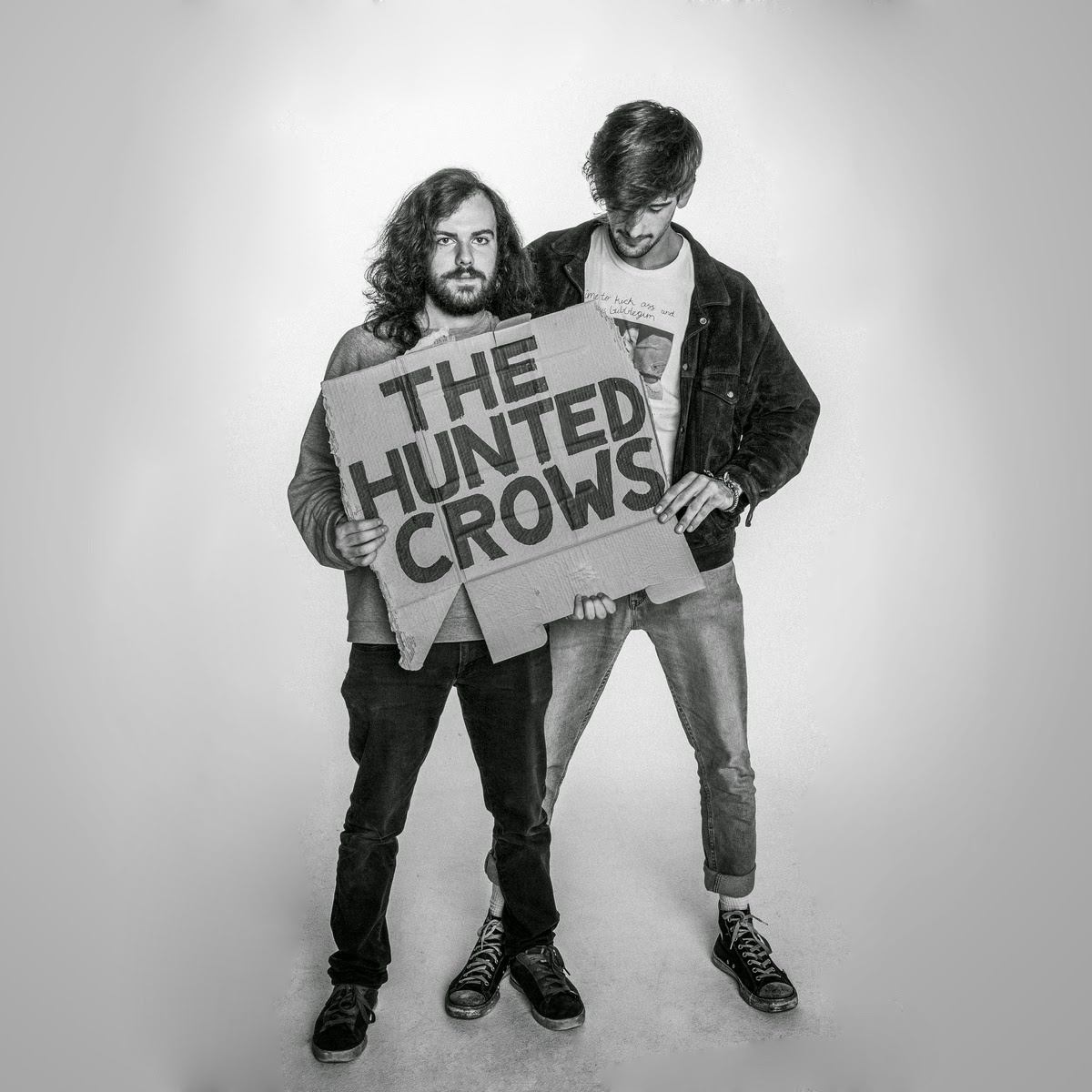 Following up on a single they'd released a month earlier, this self-titled EP forms the bulk of The Hunted Crows' arrival on Australia's fuzz rock scene, and their entrance is done with plenty of style.  Making use of some sick and slippery effects on guitar while the drummer/lead vocalist (hell of a combo, that) belts loose with his voice and kit, the duo generates a surprising amount of noise and grooves, kicking ass in the process.  What boils up from their storm of activity is some deliciously dirty rock 'n' roll, and while there's some of that great bar-band flavor influencing the bluesy undertones, they rev things up with a slick glob of motor oil sound to the production and heavier riff assaults.
It's the type of music that would be perfect blaring out the open door of a mechanic's shop, with a lit cheroot ashing away under a welding mask while sparks fill the air, but that's just the first situation that came to my mind while listening; really, as long as you can get away with playing it as loudly as you should be, the music on this EP would be a nice addition to most of life's scenes.  Grab a copy, crank your speakers, and let your ears have some grit.
~ Gabriel