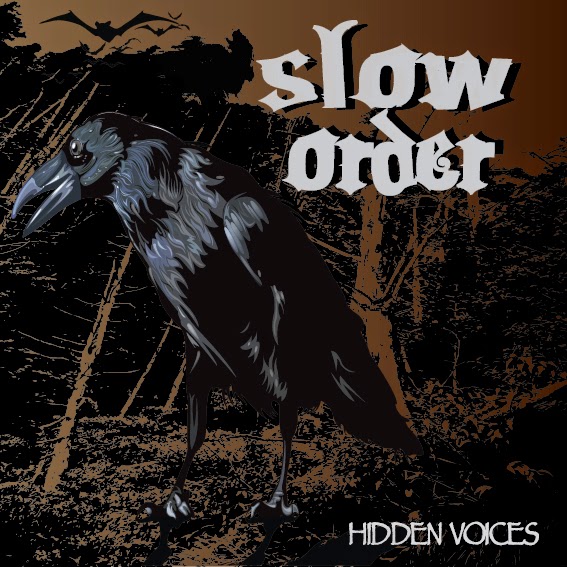 Next up are Slow Order, a three piece from Italy that bang out heavy and ferocious instrumental jams that will leave you beaten and exhausted but completely enamored, like sex with a crazy chick. It's always a bit more of a challenge to review instrumental bands for some reason, like the lack of a vocalist suddenly makes the music harder to describe than it would be in the first place. With most of the tracks being in the three to five minute range, these guys aren't prone to long bouts of experimentation and random psychedelic noises, instead it's just full speed ahead, raw and visceral Stoner Metal.The second track of "Hidden Voices" is called "Crusade of Visigoth", opening up with a distorted and dark riff, it only takes a few moments for the bass and drums to join in, with the song bring to mind Primus at times, probably just the bass tone in certain parts that's doing it. With the whole band creating laying down a chest stomping groove, and the guitar putting down howling lead parts, they decided it was time for a change and slow the whole thing up just a bit around the half way point, which gives way to a full blown drum solo that rolls in thundering like the storm of the century, and before their three minutes are up, they're right back to the headbanging riff and sound that they're becoming known for. You can stream the album to your heart's content over at their bandcamp, and pick up a CD or digital copy for a few bucks.
~Skip