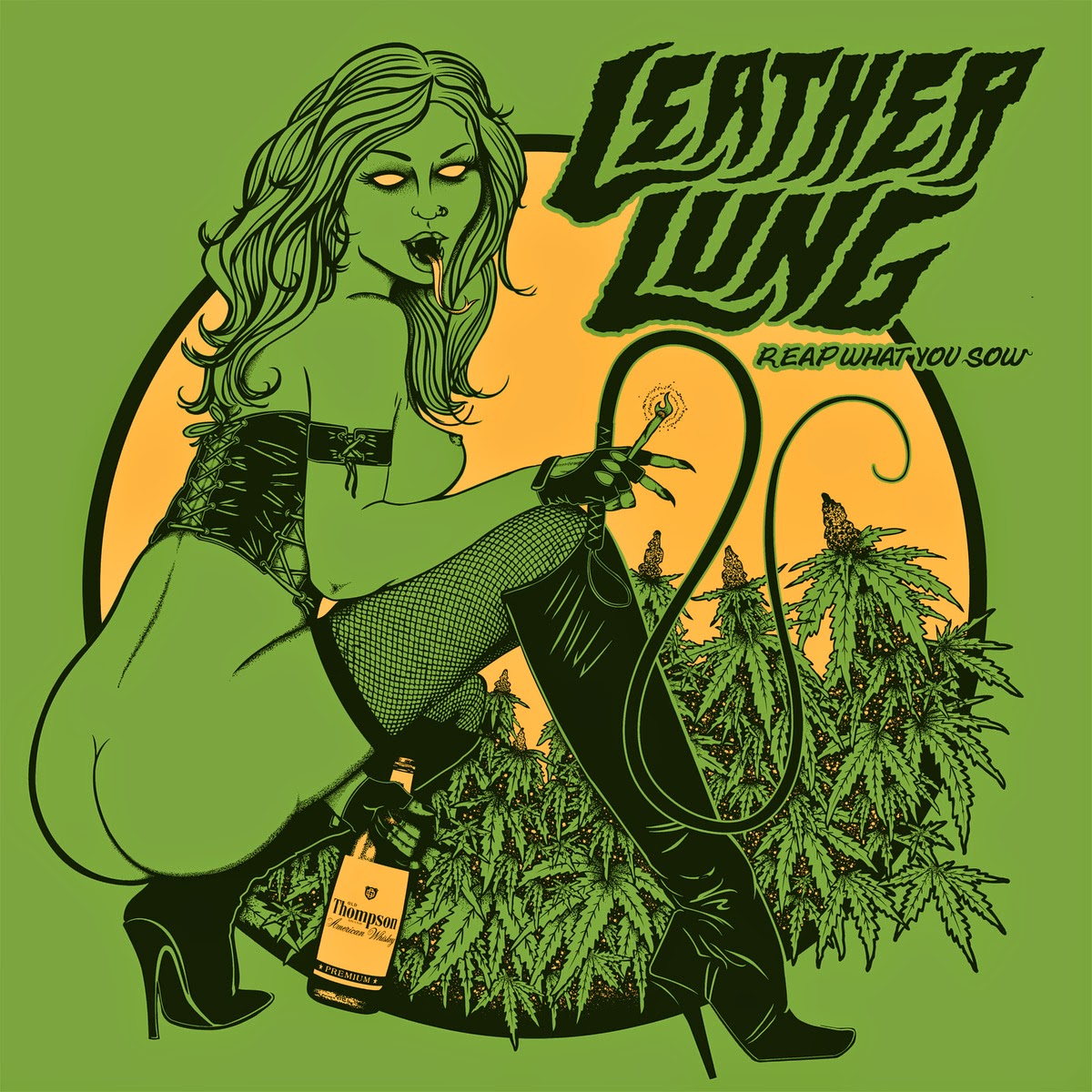 Leather Lung is a Stoner Metal band from Massachusetts, and being from that area, it's not much of surprise that they work in a few Hardcore and Punk influences into a heavy, Stoner Metal sound. The five songs on their release "Reap What You Sow" are full of piss and vinegar, with each track an aggressive bout of brutality and groove. After losing count of how many times I've listened to this EP before I even started writing the review, I can confidently claim that it's one of the rawest Stoner Metal releases I've heard all year, and the track "Moth to the Flame" is testament to that fact. Opening up with a long bass part, it doesn't take very long for a bombastic flurry of drum notes to come crashing their way in, followed shortly by some of the only melodic vocals on the recording, but that quickly gives way to the rough, dirt road styled vocals that dominate most tracks. While the low end groove is present and accounted for in droves, that fuzz saturated guitar tone drops, and blows the song out of the water. When the tracks reaches the half way point the guitar solo kicks in and it temporarily becomes the heaviest Truckfighters song you'll ever hear. After the vocals return the tracks starts to slow down a little bit, delving into a little bit of a Sludge Metal jam session before coming to an end. With it being one of those always cool "Name Your Price" deals on their bandcamp, you can't go wrong with giving it a listen and picking up a copy.
~Skip