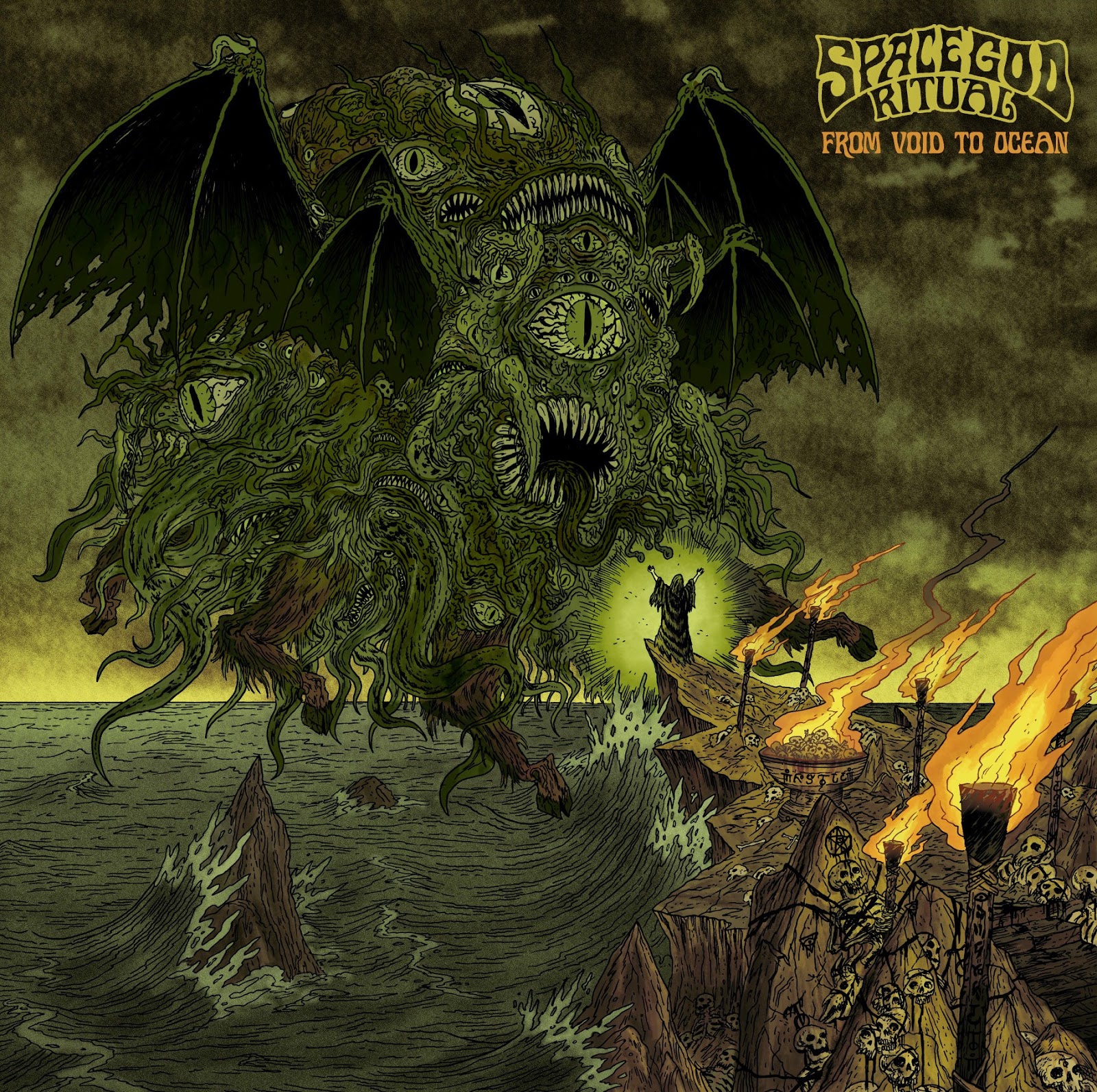 With some appropriately pulpy cover art, Space God Ritual's latest album continues the Portland-based group's quest through the most menacing realms of cosmic doom.  After the symphonic-styled spoken-word intro of "Aeons Upon Aeons", it's off into some semi-traditional doom metal with a fuzzy edge on the massive bass, overseen by some dramatically-delivered vocals which tell of cursed crypts, buried creatures, and dream-like horrors.  The band has a clear relish for their subject matter, and their union of the lyrical and musical elements works to the advantage of both, producing a resonant and genuinely spacy atmosphere.
It's the title track that really stood out for me, though, as it launches out into soaring guitar-work, gliding along with a nasty growl to the notes, bringing together the sounds of untouchable stars and the dirty earth for a distinctive and powerful result that characterizes the whole album, rendered in some of its clearest form.  Though "From Void to Ocean" runs a good seven minutes, it's still over-shadowed by the closing track, "Yithian Overlords", a gargantuan stomper that provides a fine closing to the tales of madness.  If you've got a sweet tooth for the far-too-rare skyward-looking doom of a dramatic bent, don't miss out on Space God Ritual's latest, not to mention the rest of their catalog.  Iä!  Iä!
~ Gabriel

For Fans Of;    Crypt Trip, Windhand, Saint Vitus, Pentagram, Below