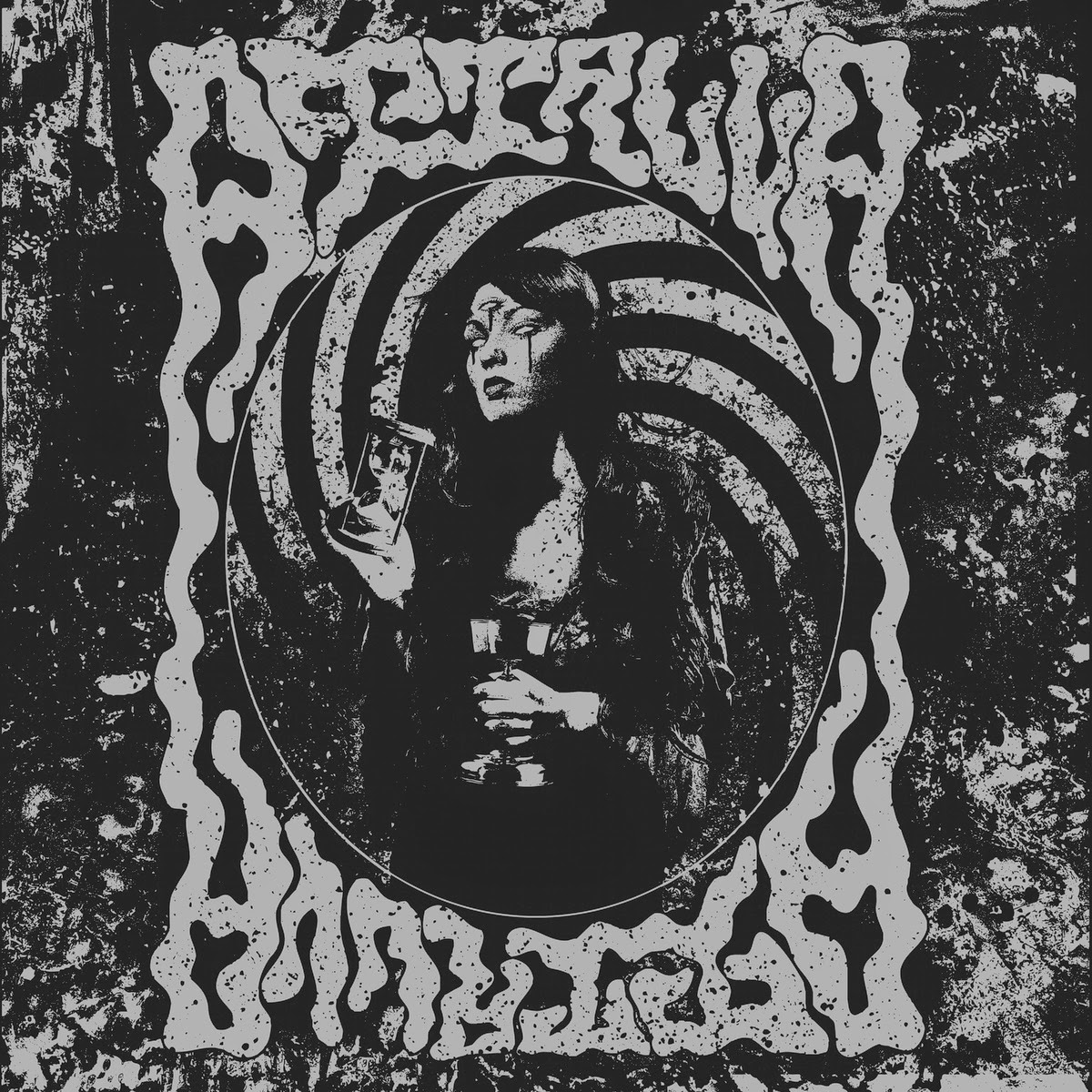 Though each of the six songs on Attalla's self-titled debut LP uses just a single word for its title, those songs all deliver an expansive sound drawn from roots in various regions of doom's domain.  Starting off with "LIGHT", the group merges some '80s tradition with slow blues underpinnings comparable to early Black Sabbath, then throws in some grittier near-thrash elements for a rousing finish.  From there, it's on into "HAZE", which shifts attention to one big dominating riff shared by the guitars and bass, and things just roll on from there, through the heavy-rock leaning "LUST", back to the early days for "THORN"'s fierce groove and lavish drums, then past the powerful pounding and serious shredding of "VEIL" into the sludgy finale of "DOOM".
All of the tracks offer their own solidly-grounded take on the variety of flavors available to doom metal, and Attalla's band members fully deserve to be proud of their debut.  It shows off their capabilities in a variety of areas (perhaps most strikingly in their deep-groove powers), while at the same time not taking the listener's attention for granted.  About the only thing missing is a few scattered horror movie samples, but then again, clearing those for usage can be a nightmare.  These guys are working hard to deliver stuff that's up to snuff, and that effort really pays off for both them and their audience.  Anyone with a fondness for doom metal (and I'd expect that would cover most of our regular readers) should do themselves a favor and check out Attalla.  Copies of the album are available for download and (for now) on vinyl, through their BandCamp, though I'd act fast on that if I were you.  Let them know you like how they play, and hopefully they'll deliver another release to the world in the near future.
~ Gabriel