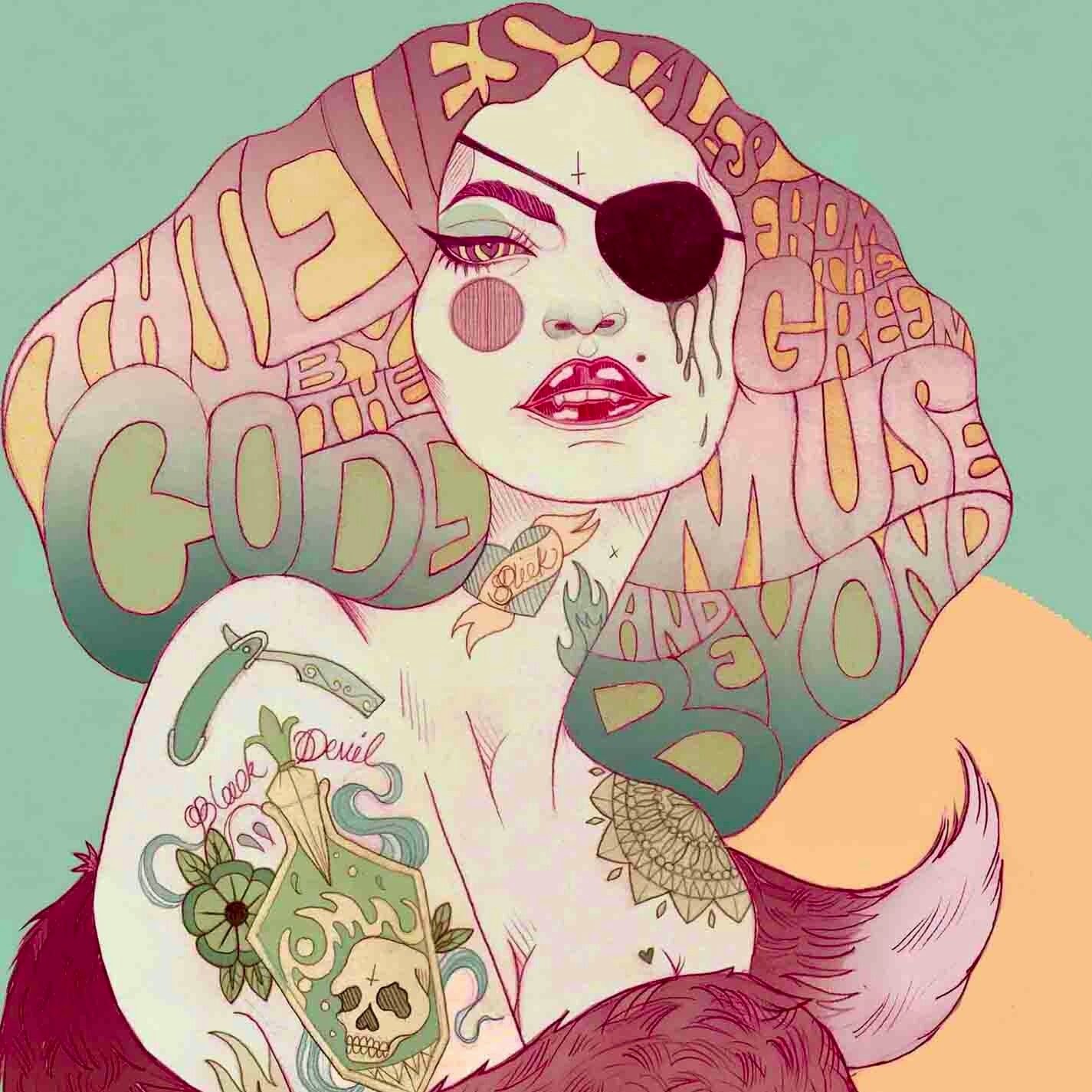 We've got some good friends down in Brighton, (no, that's not a homosexual euphemism), so it's weird that Thieves By The Code haven't made their way onto our radar sooner.  Still, it's been worth the wait, as Tales From The Green Muse... is an absolute belter of a hard rock debut.  I say hard rock, but that's really doing it some injustice because what this trio do with the 44 minute runtime is nothing if not eclectic.  Opening bass heavy, track one, So Slick reeks of whiskey-fuelled stoner rock, but no sooner do its closing bars reverb away, they move onto blissfully melodic psych bordering on post rock, then a little dabbling with space rock before winding up at the album's mid-point Turbominchia (Part Deux) which has all the hallmarks of Woodstock-era classic rock.
In fact, this is where the guys seem most heavily rooted, as for the best part the majority of the album plays out like a pretty broad spectrum of acts from about 1968 to 1973.  At every turn you can hear little touches and nuances previously honed to perfection by the greats of the day.  Listen carefully and you'll catch moments of Jethro Tull, Budgie, Zeppelin, Bowie and early Genesis to name just a few.  Don't fret though, if you didn't grow up on your old man's record collection though, it's not without its modern flourishes by any means.  The trio aren't shy when it comes to using the odd sample and effect here and there.  Just enough to remain balanced.  Enough to separate them from from being labelled 'stuck in the past' but not so much that it just sounds utterly ludicrous and like an annoying kid with a noise box.
Their adeptness doesn't begin and end with latter day homages and the use of modern editing though.  No, when these chaps want to crank it up and bring the fuzz they know exactly what buttons to hit.  Although they're slightly few and far between, the heavier elements of this offering, for me at least, steal the show.  The afore-mentioned opening track So Slick and Must Free Desire are the real highlights, if for nothing more than their balls to the wall aggression.  Sitting somewhere between Queens of the Stone Age and Alabama Thunderpussy, it's quite a clash of sound compared to the rest of the recording, to the point where you could easily pass them off as being two entirely separate bands, which is somewhat strange because neither track sounds particularly out of place.  I really can't get my head round how they've managed to pull it off, but credit to them for doing just that.
I have a feeling that we're gonna be hearing a lot more from Thieves By The Code, and I for one can't bloody wait for a follow up!
~ Jay