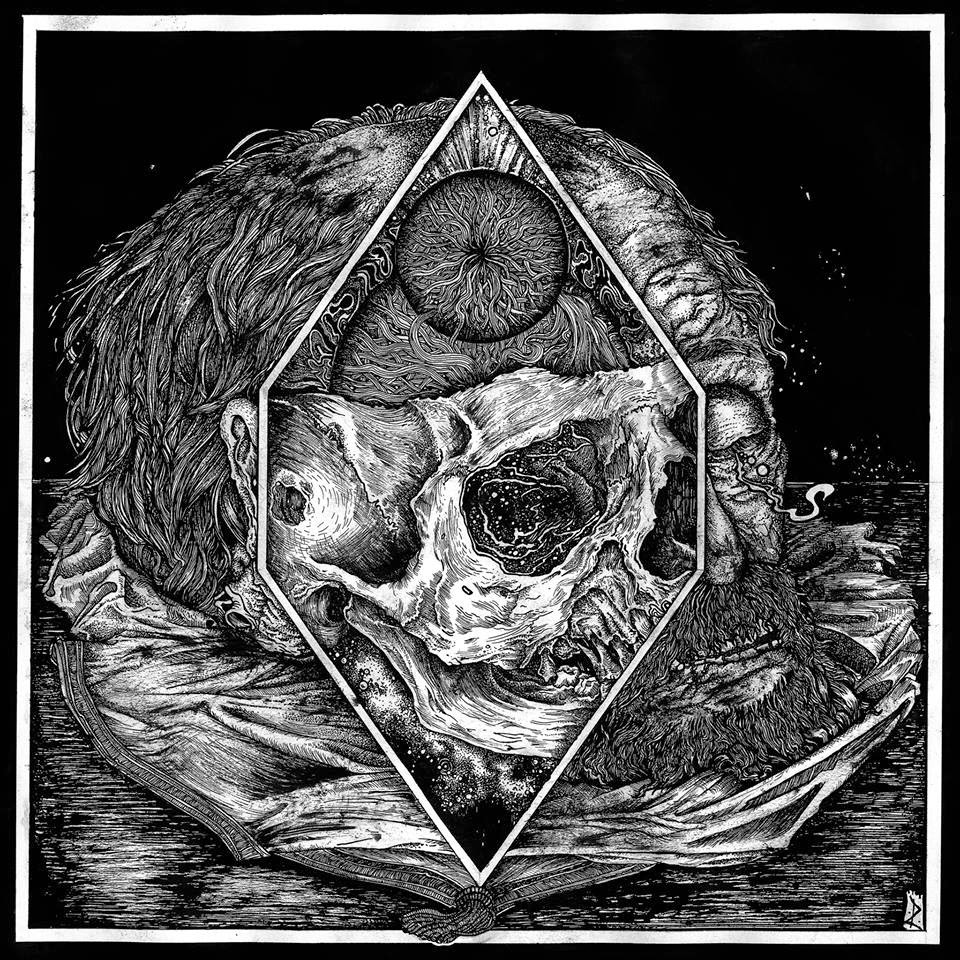 As suggested by the title, this debut release from the Belgian group Deuil (which, on top of its handy resemblance to devil, translates as 'mourning') consists of two tracks.  The first of these, the 17-minute-plus "Acceptance", begins as a droning affair, shifting from vocals to a plaintive riff on buzzed-out guitar before incorporating a funereal dirge style into the works, and expanding further from there.  The stylistic adjustments are handled well, and even the most high-contrast shifts come through without throwing off the song's momentum, which builds to a fever pitch of sheer sludgy mania before spasming back into grimy feedback.  The boldness of opening with such a monster of a track helps impress the band's style pretty deeply, while at the same time demanding some repeat listens to really fill in all of the details.
"Rebuild" works in a similar fashion, though thankfully at about half the length of the first.  With layered sonics working to create an Earth-like vibe, doom-soaked riffs are stacked and grown into a tangle of sounds that take on a life of their own, with large-wave reverb fertilizing the thick haze.  The relative calmness of "Rebuild", apart from a resurgent thrashy coda, lets it work to release some of the tension built up by "Acceptance" without giving the listener too much mercy or relaxation.  It's some impressive work all around, and a hell of a first release.
~ Gabriel