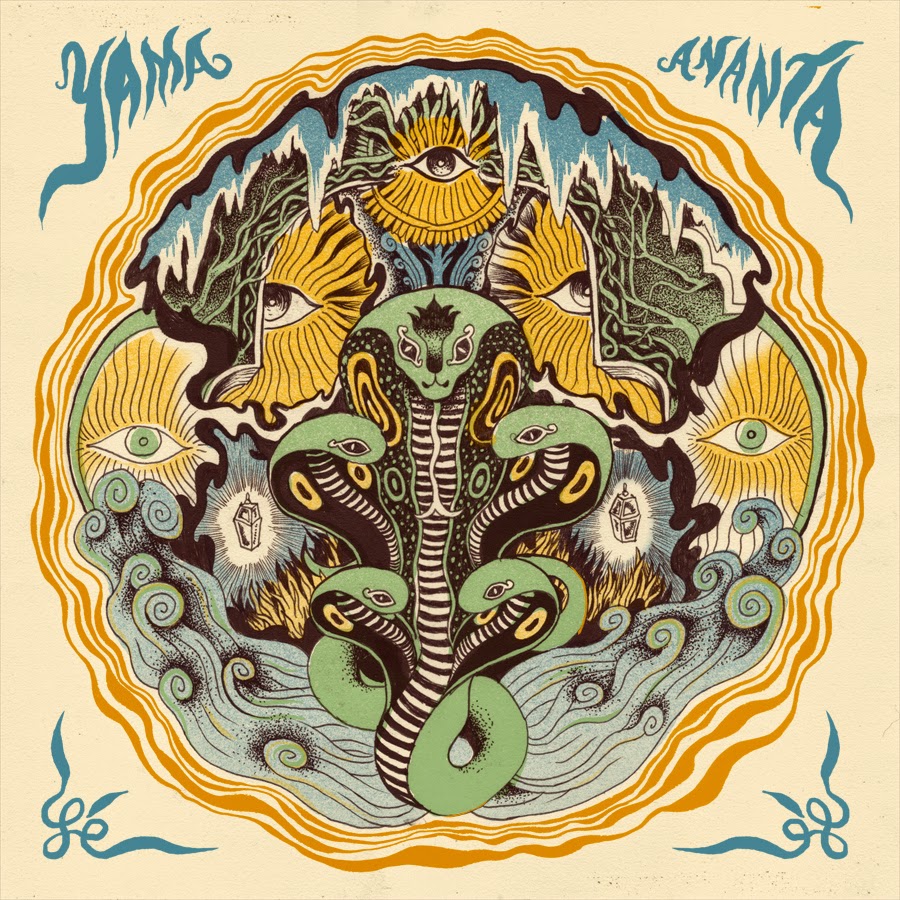 Riding high off of the warm reception for their demo, and a packed performance at Roadburn '14, Dutch stoner rock group Yama have readied their debut LP for release upon the world.  Filled to overflowing with crunchy guitar riffs, confident drum backing and complex rolls, and a bass like thunder, the band does an excellent job of fusing the pieces into an energetic and unpredictable whole.  They show an open fondness for shredding and syncopation, with the songs frequently breaking out into rocket bursts of unrestrained wildness, before just as easily switching back into a more easy-going and melodically-focused mode for a stretch of their limbs and performances.
All in all, it's a very respectable range of music covered by the band, and quite the accomplishment for a first album.  One of my personal favorite moments in the run was the arrival of a well-played harmonica in "Ruach Elohim" around the mid-point of the album, mixed with some wide-phasing pedal effects and a classic stoner rock groove of rhythm and atmosphere to create something all the band's own.  Other high points include "Migraine City", which seems tailor-made for expansion and improvisation during live gigs, while delivering a dependable slice of doom rock in the studio form found here, and the two-part "Swordsman Of The Crossroads", which get more open with a traditional doom influence.  The members of Yama seems to have plenty of fire under their feet, so stay tuned, try to catch one of their live shows if you can, and ready yourself for the arrival of Ananta.
~ Gabriel