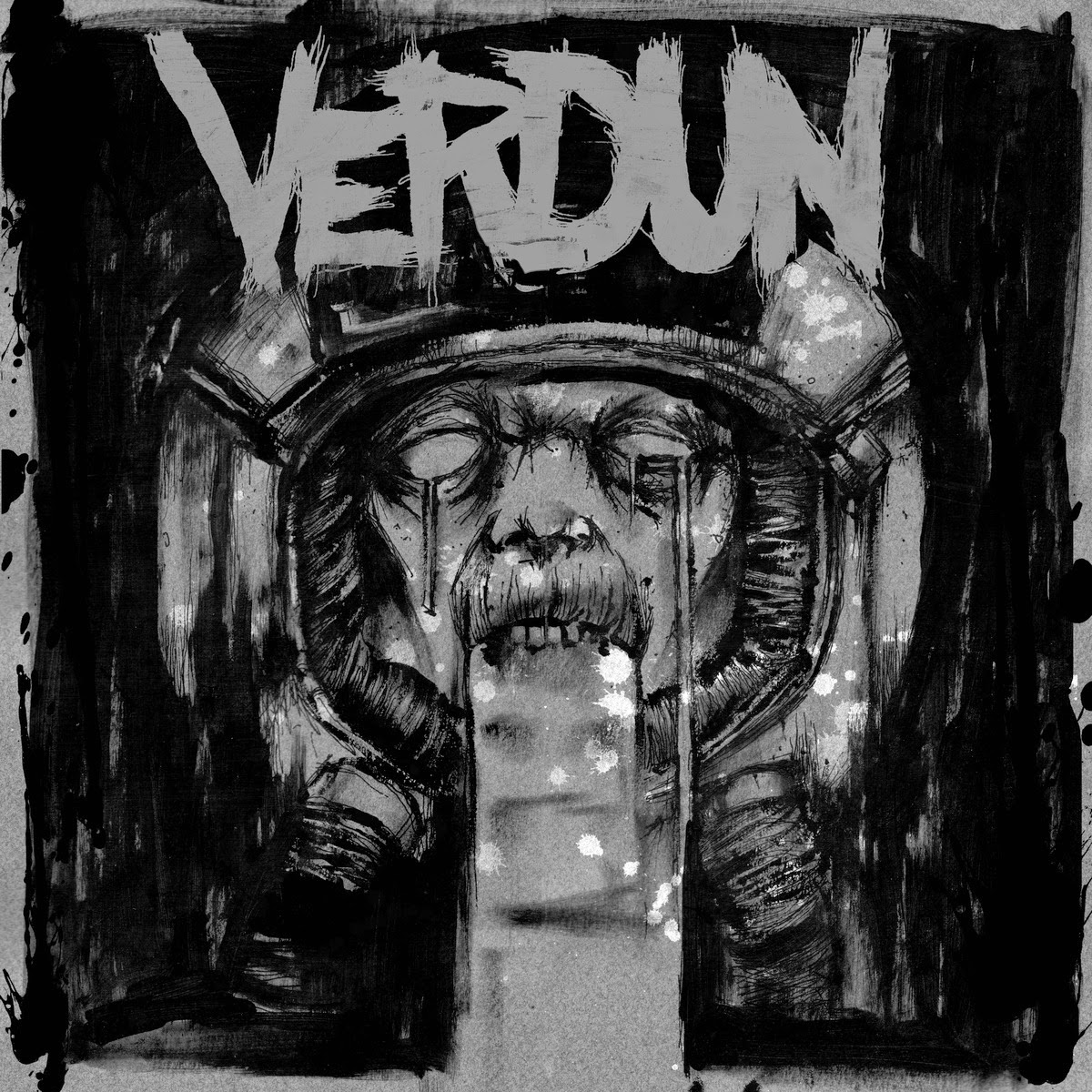 Beginning with a low drone faded into doom-drenched bass, Verdun's latest album quickly cements its sludgy nature in the ears of its listeners.  With a title like The Cosmic Escape Of Captain Masuka, it's easy to expect the band might try to work some sort of narrative into its three songs, but if there is one, it's lurking beneath the gut-wrench vocals and grimy string-buzz, requiring some careful listening to decipher its story.  On the other hand, you could simply accept that they want to keep a certain distance between themselves and their audience and let the throat scrapings pour into your ears without worrying too much about the details.
Either way, you'll be getting a treacly dose of soured-on-the-world sludginess, everything down-tuned and resentful, and executed with a committed rawness that does the band credit.  They do find the time for a few reflective passages in instrumental reverb, though these are always tempered by a re-emergence of violence once the momentary calm has passed.  By the time the group hits the end of their last track, "JAXA", they've shown a good range of stylistic flexibility without ever losing their core sludginess; instead, the variations in approach enhance the misanthropic sneer of their music, and the drifts into sonic experimentation suggest that this would be one hell of a band to catch live.  Until you can manage that, though, this serves as an effective escape from the mundane bounds of the earth, so grab yourself a copy and hit the launch button.
~ Gabriel