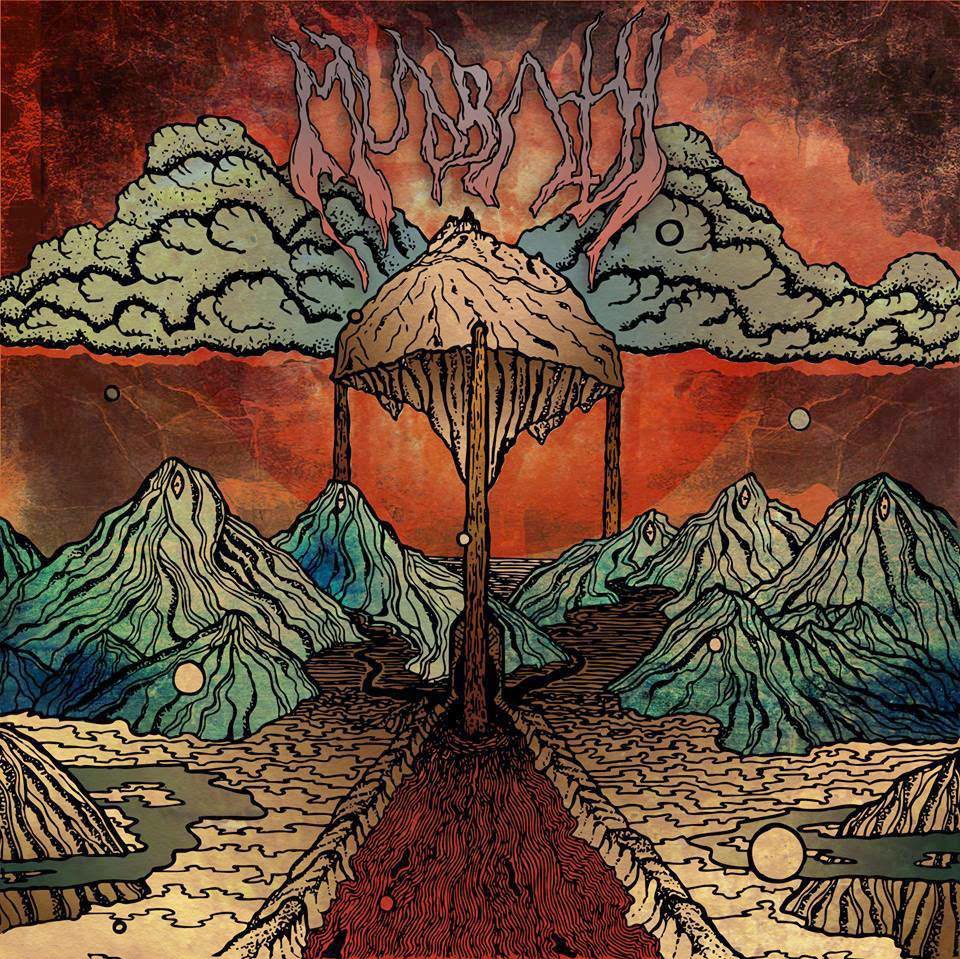 Starting off with the lengthily-titled "Thus I Saw The Destructive Voracity Of An Obsessive Ritual", Mudbath's new album makes it clear from the start that they're willing and ready to delve into the nastiest muck you might want in your sludge, and to pay attention to details along the way.  Once you make it past the track-list and into the actual music, greetings come in the form of monstrous growls of bass-amp vibrations, ringing out to slowly decay, and setting the album's tone as effectively as the track names.  After some dwelling in the acoustic establishing shots, it's off into more concrete and aggressive territory, with measured beats of the drum keeping things grounded as the guitar gets sharper and a hissing howl breaks loose from the vocalist.  That increasing menace continues its pace through the rest of the song's eleven minutes, before they move on to a shorter track (in both name and duration), "Shrim Alternative Healing Center".
The middle of the three tracks folds neatly from one piece of bassy resonance into a new one, working some blast-beats into the proceedings and shifting into tremolo mode on the guitar, making some very respectable blackened sludge in the process (though it's referred to as "dark hardcore" in the release notes) before shifting back onto more traditional ground.  The last and longest of the tracks, the simply-named "Salmonella", rumbles along like a war machine for a few minutes before reintroducing the vocals with more restraint, throwing themselves beneath the waves of mighty crushing riffs, and finding several other ways to keep the song mad and unpredictable for its full eighteen-minute run-time.
The album is a deeply impressive follow-up to the band's EP debut in 2012, and if it were coming out a little earlier, would be a strong contender for 2014's impending album of the year lists.  As it is, you'll have to wait until the end of January to get your hands on a copy, either digital or vinyl.  Mark that date on your calendar as a day for some doom sludge indulgence, and try not to get too pulverized.
~ Gabriel