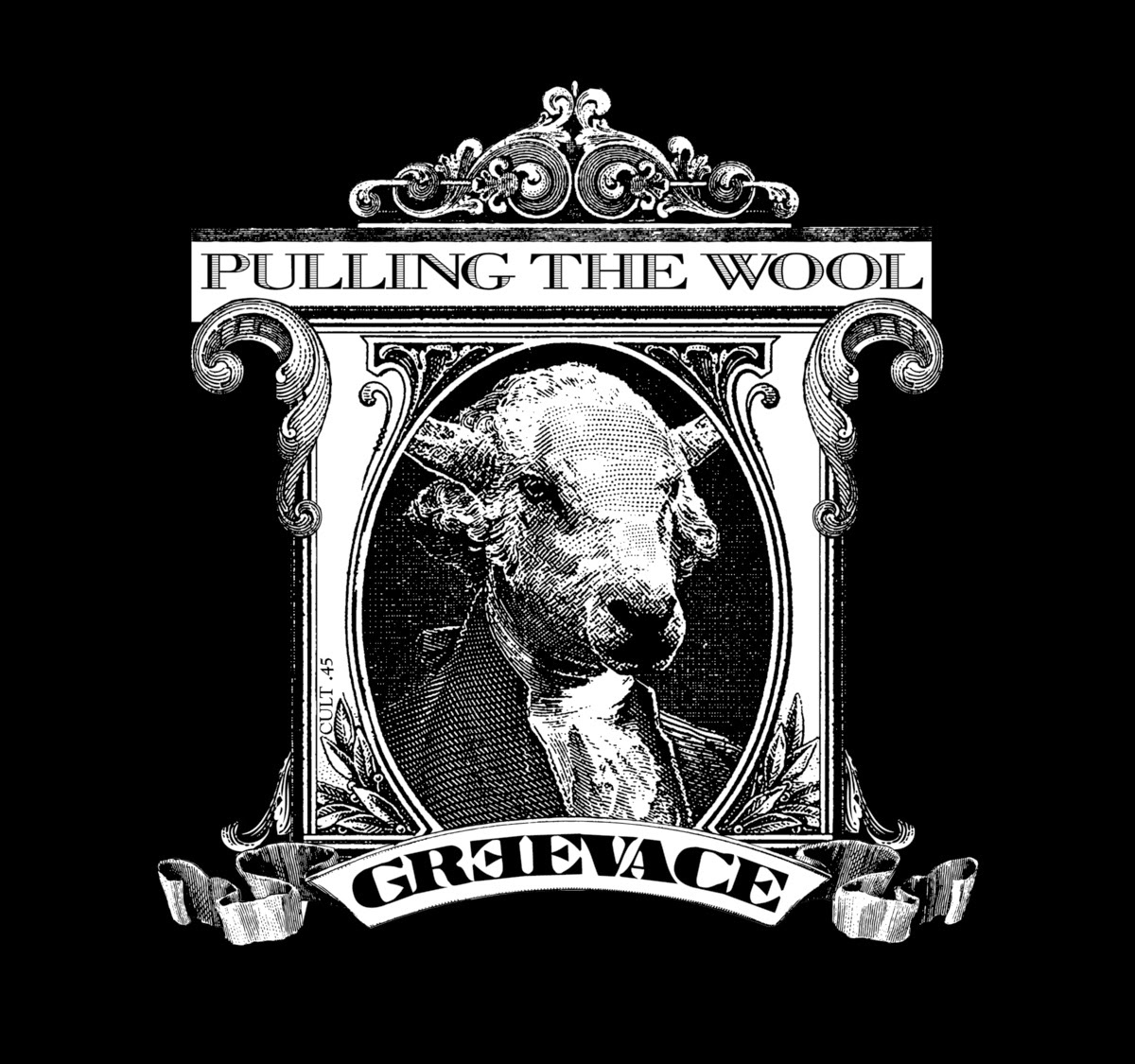 I met the guys in Greevace at a show recently, and while I wasn't quite sure what to make of their sound at first, I was definitely intrigued. If you're looking for some simple genre classification, good luck with that, the best I can do is call it Heavy Metal for you. They seem to pull something out of every magic hat they have at their disposal when it comes to making music. "Doom, Sludge, Thrash, Stoner, Punk?" "Yea, we'll use all of it." This is how I imagine the first band meeting went. Last year, they released "Pulling the Wool", and I regret I missed out as long as I did. It's not very long, at just four tracks, all of which clock in somewhere between three and four minutes in duration. But it's all about quality over quantity sometimes, and this is one of those times. Picking a favorite track to talk about wasn't easy, I got it narrowed down to the last two tracks on the release, then I pretty much had to flip a coin. I ended up going with the instrumental closing track "Nautilus/Anunnaki", and it's like a harrowing trip through a long forgotten region of space. Opening like a spacey Stoner Rock track, it's only a matter of time before it seems to take on a darker tone, after which it all falls apart and is replaced by a brutalizing Sludge Metal riff. Once that tapers off, it's back to the interstellar sounds of the opening section, over the course of the rest of the track the Sludge Metal sound surfaces again and again, until the two sections sound like they meld together towards the end. You can check out both of their releases, and stream them to your heart's content or buy them over at the group's bandcamp.
~Skip

For Fans Of; Black Sabbath, Fu Manchu, Down