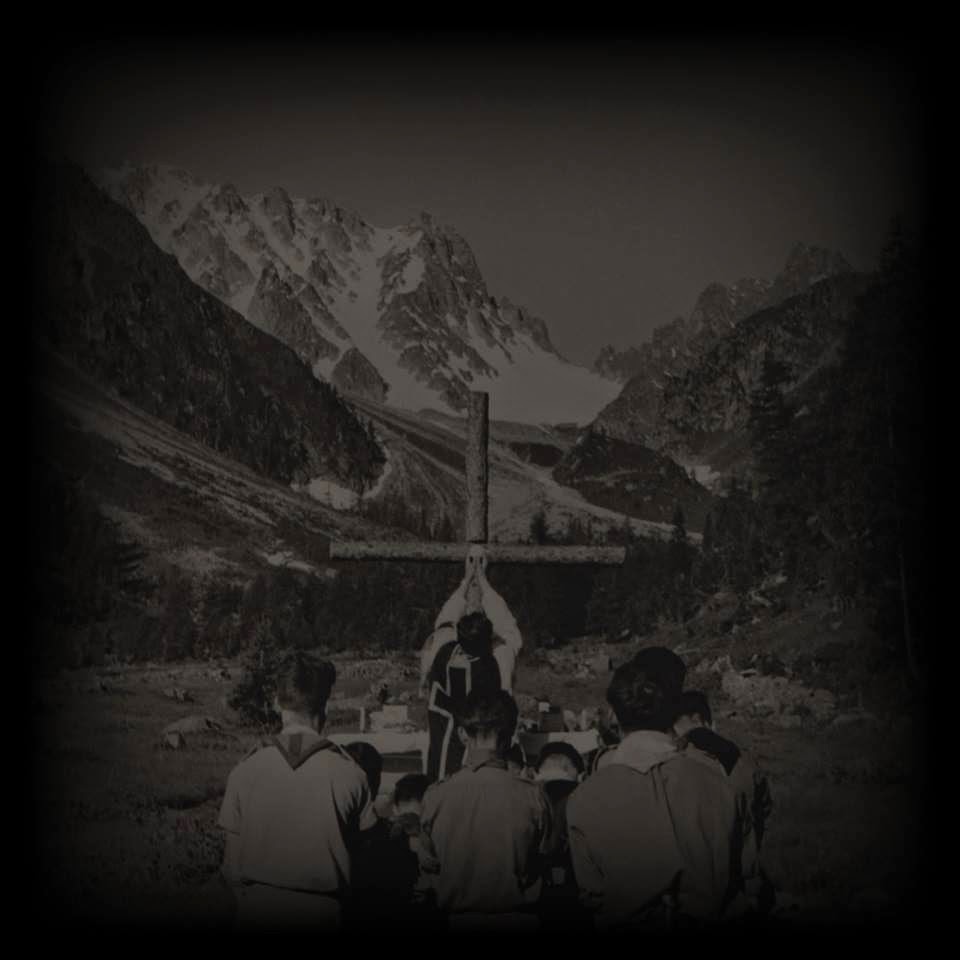 The first half of this split is provided by the Swiss ensemble of Rorcal, who progress through their three song set of "IX", "X", and "XI".  From the start, their music is charged with violent energy, rattling at a break-neck speed through walls of drum assault, grinding bass drone, chainsaw guitar, and vocals that sound like gravel was gargled before heading into the studio.  It's largely pretty sludgy, but electrified into a blur of the usual attributes, which is a refreshing strain to come across in a genre that too often finds bands slavishly imitating their predecessors without bringing much of their own personality to the table.  Luckily, that's far from the case with Rorcal, who have stamped, stomped, and smashed their identity into every moment of the music.
For the second half, Portuguese outfit Process Of Guilt take the reins for their own saga in three movements, "Liar".  With the nine-minute opening segment, they manage to wrest the listener's attention away from Rorcal's fury, and shift focus to a slower (but no less intense) helping of sludge, heavy on the doom and bass.  As they progress through the song's pieces, things got rougher, faster, and angrier, with the music slowly melting into a stew of harsh feedback, bass bedrock, pounding percussion, and bellowing vocals before trailing off into a decaying drone.
Between the two bands, they've put together an impressively unrelenting and varied channeling of sludge, with their styles serving to complement and enhance the listener's appreciation of each.  With 666 copies pressed on vinyl, there's enough here to satisfy most sludge fans' cravings while introducing them to some new artists deserving of their attention.  Get on it!
~ Gabriel