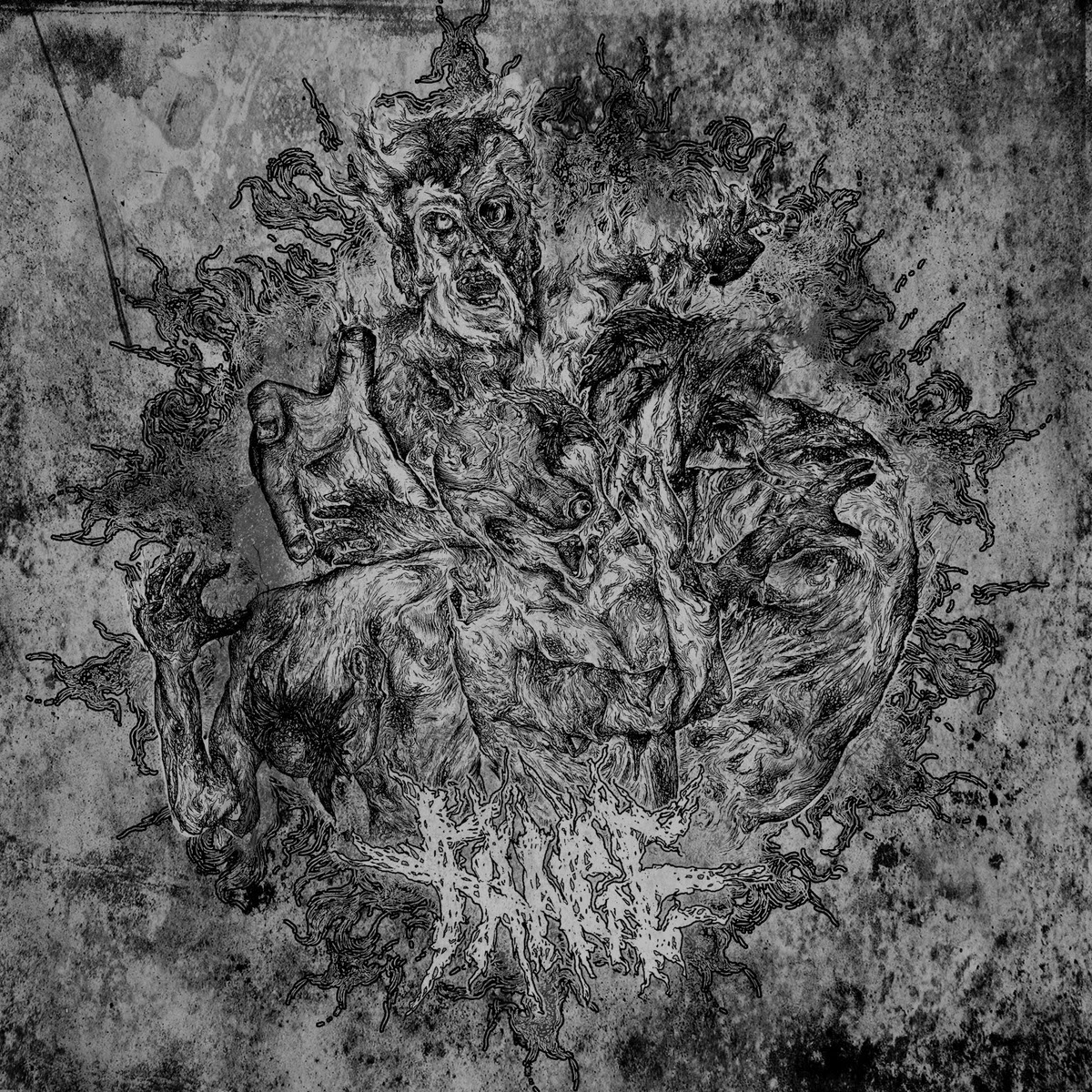 With a sound that practically seeps dirty black tar from your stereo's speakers, Fange deliver a particularly virulent strain of sludge on this, their debut EP.  Whether bleeding feedback to a keening drone, kicking their way through a sticky groove, or vomiting out the vocals, Fange keep things from settling comfortably into place.  Since we're talking about sludge, that's a good thing, and the band delivers some satisfyingly filthy sounds to keep the oppressive atmosphere writhing along; they also pack in some suitably creepy audio samples, always a plus.
The big shot of the six songs is "Suaire", which takes the techniques used in the rest of the release, and really opens them up over the course of eight minutes of madness, but the EP as a whole does a great job of keeping the material from ever losing its vicious edge. If you've been going into withdrawal waiting for a truly dirty sludge release, this is the place to get your fix.
~ Gabriel