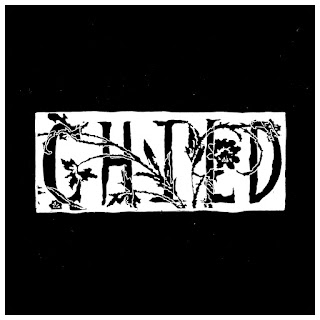 Los Angeles' CHILD offer a enjoyable mixture of no-BS riffage, hazy psychedelic rock, and petulant, strutting grooves.  It's clear from the first song of their second release, Healer, that CHILD are all about getting straight to the point, saying what they have to say and getting the hell out.  The EP's longest song is only 5 minutes and with the whole thing lasting a mere 20 minutes, the release certainly doesn't outstay its welcome.
The most striking thing about Healer's five songs is how focused they are.  In a music landscape where many bands of CHILD's ilk work long atmospheric intros and extended spacy jams into their songs, CHILD feel punchy and very immediate.
The vocals are the most unusual aspect of the band - on all of Healer's five songs, the singer is bathed in reverb and echo, giving a trippy vibe to an otherwise fairly straight-up rock sound.  I generally tend to associate the sort of to-the-point riffage that CHILD trade in with reasonably clean, powerful vocals, perhaps in the vein of John Garcia or even Ozzy Osbourne.  Instead, what we get here is something that I would generally associate more with a slow-burning psych rock band than the riff-centric stoner rock of CHILD.  While it might be a little unexpected, it gives the band the unique edge that is needed to set any group apart in such a crowded scene.  It can at times be a little difficult to understand the lyrics - which is a shame as they are interesting – however, the juxtaposition of riff rock and hazy psych works well for them and definitely sets CHILD as their own band.
Also of note is the abundance of memorable motifs and solid hooks on this EP.  The pleasingly crunchy riff of “Window” reminds me of early Queens Of The Stone Age, while “Mountain” has an intro riff that will refuse to leave your head for a long time.  While Healer is brief to the point of fleeting, those with a taste for rock solid riffs and psychedelic inflections will find a lot to enjoy here.
~ Martin

For Fans Of; Black Sabbath, Earthless, Kadavar, Kyuss, Queens Of The Stone Age