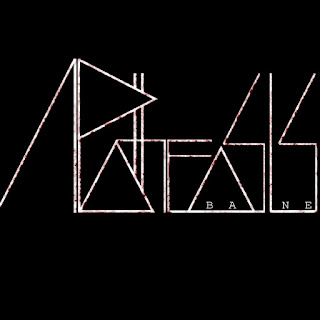 Coming back after a couple years away, Apotheosis follow up on their 2012 debut of Husk with this new album, conveniently split into two parts perfectly sized for a vinyl release (though as far as I know, so far it's digital-only).  Fingers crossed for them to keep up that four-letter-word habit for their next release, hopefully arriving before too long, and for this to get a release on the format for which it seems made.
"Side A" starts the band off on this doom voyage with something close to the usual fare, slow-paced bass and percussion establishing the atmosphere while the vocalist makes his gradual entrance.  But there's something of a death metal edge to the cleanliness of tone and riff-structuring, sharpening the doom aspect into a meaner-than-usual cut of the style.
That transformation shapes the first track with slow determination (it does give Apotheosis ~19 minutes of room in which to show their chops), and following along as they carve and twist the song into various forms can be a rewarding experience if you're willing to give it sufficient attention.  "Side B" takes a slightly mellower but similar route, holding back on its violent capacities until the crescendos erupt, and the two halves complement each other in a very satisfying way.  And did I mention that all of this is being turned out by a two-man operation?
Aside from providing some excellent grooves equally comfortable with the slothier side of doom and its meaner territory, the band comes off as an inventive crew which put some serious thought into their work.  Any doom-heads out there who might need fast-acting gratification, this one's probably not for you.  Those who like hearing a doom-based metal band demonstrate their skill at incorporating extra style elements, get on this.
~ Gabriel