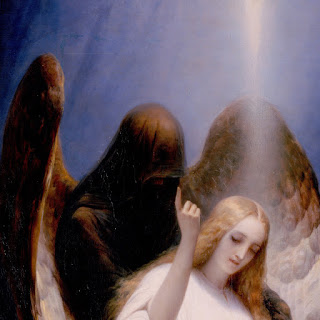 Setting out with their first full album after the release of their Pure EP last year, DoOoM churn out some thick instrumentals in the style of (what else?) doom metal.  Rippling waves of bass, thumping drums, and some fierce (bass?) guitar come together with strong focus and engaging melodies, firing up some heady fumes to get things swirling before your ears.  One minor complaint is that most of the songs seem a little short (the longest running 5:31), but that helps them avoid the pitfalls of over-extended riffs.
Given the brevity of the songs, there is a sense that this is more of a demonstration of what the band can accomplish, rather than a fully-fledged album.  There's not that much tying the songs together, apart from the technique and heaviness, and while they do come off strong in the showing, there's just a little something missing.  As majestic as the cover art and album title suggest the songs will be, they're not quite there yet.  But don't let that stop you from checking this band out, and be sure to keep tuned for further developments from DoOoM.  If you wanna rep them, T-shirts featuring their logo and the largest rodent in the world, the capybara, can be snagged from their BandCamp along with a download of the album.
~ Gabriel