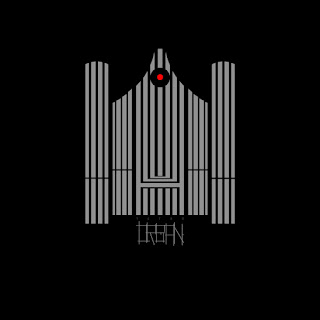 Hailing from Belluno, Italy, the four-piece of Organ is a self-described "Horror Doom" band.  The description is correct...  Upon first listen to their recently released debut, Tetro, one is reminded of a key element of doom that gets lost so easily: the sound of fear.  When Black Sabbath unleashed their self-titled song on an unsuspecting public way back in 1970, that evil-sounding tri-tone riff wasn't just heavy and slow.  That shit was SCARY!
Organ deliver this foreboding atmosphere in spades.  Opening track "Slave Ship" sets the tone right away with a crushingly heavy hypnotic riff that grows on you the longer it goes on.  If you let it, you will be transported to another world, one even bleaker than this one in which we live.  This dark and lonely journey continues through all five tracks, which include "Witch House", "Kholat Syakhl" (which translates to "Dead Mountain"), "Hal", and epic closer "Enuma Anu Enlil".  The vocals are sparse and buried in the mix, but even that works in Organ's favor.  I wish the running time of just over 33 minutes was a little longer, but they get their point across, and then some.
We are in a golden age for our stoner/doom scene.  There are more bands out there than ever, and our genre is more prominent than ever before. With bands such as Organ emerging, the future looks good too. Well done, guys.
~ Mark