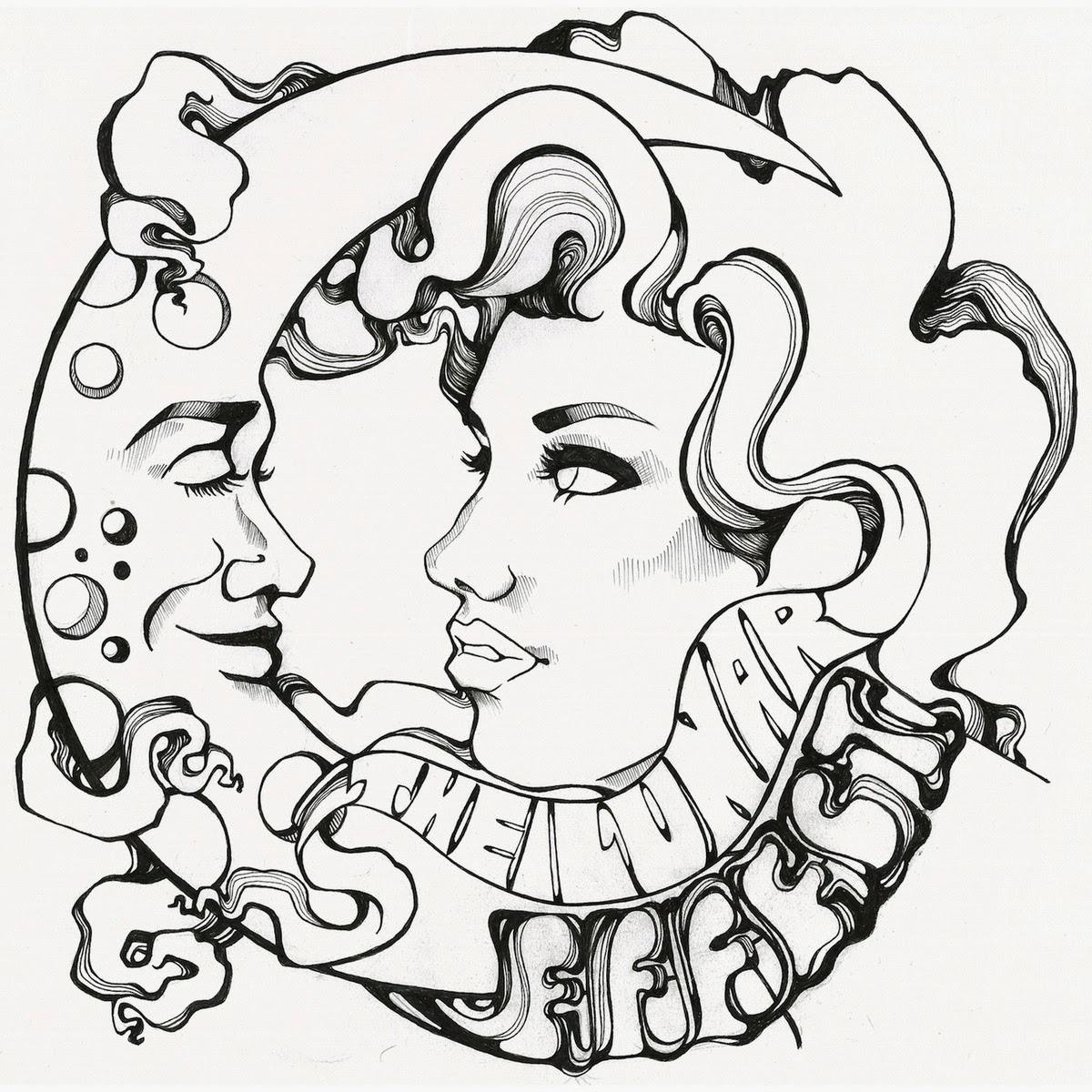 Jon Jefford, of DeepSeaGreen fame, is back with a new band and EP, The Lunar Effect, on the UK label 3 Ravens Records. Playing a brand of loud and proud Psychedelic Grunge Rock, this is another group that is taking the best of the last 20 years of Rock Music, and making it their own. If you're looking for perfection and technical superiority in your music, this probably won't be your thing, but if you dig raw, unadulterated Rock and Roll, as opposed to that over-produced slop that is being force fed down everyone's throat by the music industry these days , then you don't have to look any further, this is 17 minutes of exactly what you've been wanting to hear.
The album opens with the track "Someone Better", which starts off with a swinging Psychedelic riff, but quickly evolves into their own sound that has a heavy Grunge Rock influence, with the bluesy Grunge vocals, in all their imperfect glory, coming in after just a few seconds. The song ebbs and flows, with a thumping drum part, and a thick bass line. The closing track "Out of Mind" is the anomaly of the EP, using acoustic guitars, and putting more of a fine point on the vocal performance than on the other songs. It's softer, a little more melodic, and definitely shows off the band's musical and songwriting chops a little bit, proving they can do more than one thing very well. Using this one as the closer works really well, leaving the whole thing on kind of a somber note.
The simple way to explain this group to someone is by telling them that it's Rock music, for Rock people. It's a little rough around the edges, not overly polished, and exactly how it should be. The EP is available for download and on CD over at 3 Ravens Records bandcamp, with a cardboard sleeve, instead of a case, which actually looks pretty cool.
~Skip

For Fans Of; Alice In Chains, Baby Woodrose, Fatso Jetson