Caught in the Explosion 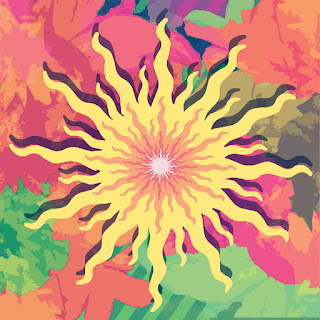 After being at it for a couple years now and becoming a three man project, Solaire has come out with a new effort, their debut LP "Magic Witch Bomb". Using a mid-tempo paced stoner rock groove most of the time on the album, they layer it nicely with a melodic vocal performance that has a bit of a punk rock quality. The whole affair kicks off on "First Day with the Hook", and after a plodding intro the song seems to start out of nowhere, launching into a massive groove laden section, complete with a rounded out bass tone that really cuts through the mix, and the section encapsulates everything people should love about stoner rock. Things settle into themselves after a bit, with the vocals taking over center stage. This is the heart of the song, beating for as long as it can before slowing back down to the slow, plodding pace that the track started off with. Digging farther into the album, getting to tracks like "The Stones", where they change the tried and true Solaire formula just a bit. This time you have more atmosphere to compliment the slightly slower vibe in the song, they rely on the psychedelic side of things a bit more than the stoner side. In doing this, they open up a whole new direction for the track to go into, and it's pretty thoroughly explored over the course of the six and half minutes that "The Stones" lasts. You can check these out for yourself over at the group's bandcamp, along with all of the other tracks, and pick up your digital or CD versions.
~Skip


For Fans Of; The Phuss, Fu Manchu, Queens of the Stone Age