You're Not In Kansas Now... 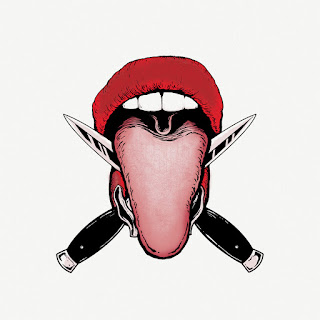 I've been listening to this EP for nearly a year now and anyone who knows me can testify that I've not bloody shut up about it, or relented in sharing tracks throughout my social circle. I've never been too sure whether or not to post it on here though, having been in two minds as to whether or not they fit in to our general demographic. That being said, having recently noticed that most of the EP was quickly encroaching on Dr Colossus's top spot of most plays on my iTunes, I figured that it was well worth a mention. Besides, I don't really care if they do or not... Y'all should own this release regardless.
Straight in at the joint-top of my list for best EP of last year, alongside the aforementioned Dr Colossus, Dorothy have kind of shot on to the scene like a bolt out of the blue. Having gained a positive shit ton of momentum they've managed to have been picked up for variety of adverts and promo's including Amy Schumer's latest stand up special and most recently the soundtrack for DC's Super Girl tv spot. Thats not too shabby, solely off the back of a five track EP. To say fame was surely on the cards for this quartet, wouldn't be too much of an assumption.
So, it's just dawned on me that I've just created something of a pedestal for them here, but just bare with me... Having been introduced to them off the back of the video for After Midnight, it's safe to say I was entirely hooked on my first listen. Sure, it in now way hinders them that lead singer Dorothy, has the ability to make grown-ass-men (or at least me) go weak at the knees (I'll post said video below and you'll see exactly what I mean). But in no way is it a case of style over substance. It may not be the riff heavy fuzz a lot of you are akin to, but if you've ever had even a fleeting interest in the blues or early garage rock then this will no doubt spark some interest.
Beginning life after guitarist and producer Mark felt compelled to back Dorothy's insanely awesome voice to some old school metal licks (and seriously, who can blame him), the band quickly took shape and Zac and Gregg soon joined the fray. Lets face it, the results pretty much speak for themselves. Like an outstanding merge of Hanni El Khatib's gritty take on the blues and Nico Vega's dirty vocals, Dorothy extrude a flawlessly formulated mixture genres. That perfectly honed blend of lofi rock and blues influence prove to be not just mind-blowingly satisfying to listen to, but intoxicatingly catchy. Of the five tracks offered up not a single one will fail to leave a lasting impression and have you tapping your foot for a good hour after. Be it slow air drumming along with Zac on Gun In My Hand, air guitaring to Marks solo on Wicked Ones or just singing along to After Midnight, the EP leaves one hell of a mark. I really hope and pray that the band are able to resist that siren like call of the major record label and inevitable neutering of the music that so often seems to coincide. The formula they have going here is so damn spot on, it would be an utter sacrilege if some suited record exec decided to reign it in to mark it more marketable. But, and it's damn rare you'll ever hear me say this, I genuinely have faith. With their combined talent, experience and connections there is no way in hell Dorothy could possibly just fade into the ether should they decide to avoid the backing of some goliath label. This lot are gonna be huge no matter what... Mark my words.
~ Jay


For Fans Of; The Dead Weather, Nico Vega, The Heavy, The Subways, Mr Airplane Man