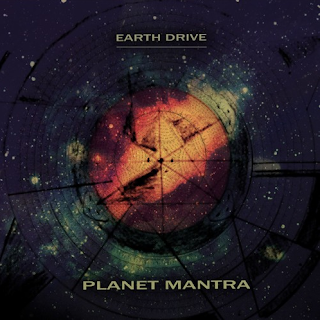 Returning with another set of strong songs, Portugal's exquisitely-talented Earth Drive and their heavy fusion of psych, prog, and a few other tasty elements are again in fine form on this go-round, bringing sharp tones and sweet melodies together with excellent style and power.  If I seem to be gushing, it's only because I really do think they are that good.
Threading together dense riffs with bursts of energized extremes, Earth Drive have a steadier vibe going on this EP in comparison to their last one, but with no less finesse exhibited in its assembly.  They're still teasing listeners with a wide range of possibilities for their first LP, whenever it might manifest, but the fun of these songs makes them strong enough to stand on their own, anticipation of the full album aside.
These are the sounds of a band that will not settle for average, or even above average, aiming for greatness and hitting it dead-on.  Hunt down a copy if you have any fondness for heavy rock, and if it doesn't grab you with the first spin, just let it keep playing.
~ Gabriel