Get Sloshed And Sail... 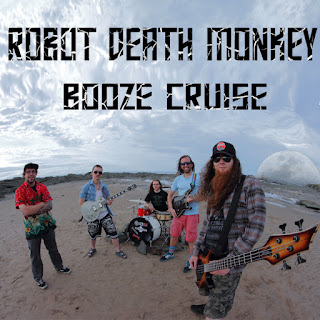 Making a triumphant return with their second EP, Robot Death Monkey (put it in all caps if you want the full experience) and their Scottish strain of sludgy stoner metal deliver four tracks of irreverent riffing and shredding with above-average energy helping them rocket along.  Track titles such as "Viking Bong" and "Bourbon Bowl" get the attitude across before the music even begins, and they do a good job of living up to the balls-out nuttiness promised by the names.  Similarly, "Honeyslide" is the most instrumentally-focused of the EP's offerings, and it's just as slick a ride as you'd imagine.  If you're looking for some unruly stoner rock with a heavy end, check in on these guys and see how they do for you.
~ Gabriel