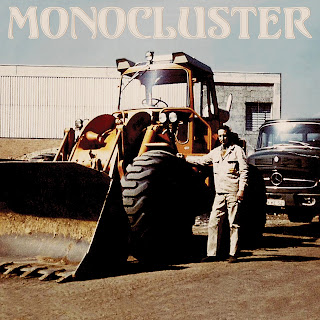 This German four-piece have made the bold decision to make their first album a live one, coming in at just over a half-hour of dirty, bluesy, heavy rock with some psych to it.  A strong point in the group's favor, established early on, is how smoothly they can turn riffs around into something connected but new, creating songs which bob and groove along, delivering reliable fun without feeling too predictable.  Warm tones and leisurely pacing create an enjoyably friendly atmosphere, the vocals are suitably gruff without seeming forced, and the instrumental stretches have a cool vibrancy to them, making these live performances really spark up in their presentation.
It's good stuff to slow-bang your head along to, and while it does feel like more of a warm-up for the group than a full album, there's enough excellent work put in that listeners should be suitably jazzed-up for that first studio LP to arrive.  If you've been looking for some solid heavy rock that puts some twists in on the formula and has a blast doing it, be sure to check this crew out as soon as you can.
~ Gabriel