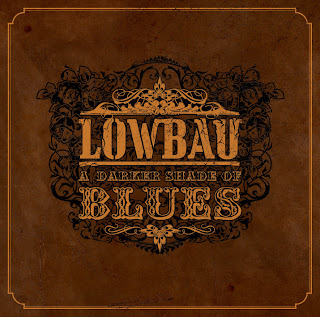 When you listen to metal day in and day out it becomes difficult to sometimes take a step back and look at slightly varying material in an unbiased way. In an age of furious shredding, explosive drumming and vocals that sometimes require a second-by-second analysis for coherency, I find myself forgetting that clean vocals and wholly structured rock are an impressive feat that is too often overshadowed by an idea of metal "image." Even with all of this thought put into the genre, I then realize that my American point-of-view also tends to take over and scream that something isn't good because those beloved blast beats and/or sludged-out opuses just aren't there, thrown in my face, track after track. I guess what I'm getting at is that this week's material was somewhat of a game changer for me. It got a furrowed brow on the first listen, some toe-tapping on the second and, finally, my undivided attention.
Let's face it, at least in the U.S., a lot of people (unfortunately) hear about Austria and think "Oh, that place that's like Germany, Jr.?" Then the problem of talking about German metal arises because they automatically want to jump to ideas of Rammstein. Even if you can get them past the idea of industrial German metal with a pyrotechnics flair, they have no clue, no comparison, to carry the conversation to anywhere intelligible. Well, I'm hear to tell you (uninformed Americans, anyway) that Austria is a gorgeous country with a beautiful capital city by the name of Vienna, which happens to be home to southern-rockers Lowbau.
Make no mistake, there is a lot going on in A Darker Shade Of Blues, some for the better and some for the worse. One nice change of pace is the smart mixture of bluesy melodies interspersed throughout, including the opening track "13," which is somewhat of a curveball as the following track, "The Prosecution Rests...," hits like a freight-train hauling containers of treasure chests full of gold encased in carbonite. The same blues-esque work is heard again on "A Million Years of Rain," a great track reminiscent of 90's grunge, early 2000's metal and epic ballads of yesteryear. What is most impressive in Lowbau's music is the constant shifting of highlighted instrumentation. Like most great rock albums, there are enough guitar solos to please, but Lowbau often passes the ball from member to member, resulting in great standout moments of drumming and bass chug-a-lugging.
While lead singer/guitarist Wolfgang Ebner's vocals are strong, clean and extremely coherent, it was difficult to distinguish it from the dozens of other metal acts with deep vocal chords (Hatebreed and Pantera immediately came to mind). With that being said, Ebner's talent should not be taken lightly as his instances of crooning are just as effective and his growls, and his ability to twinge his voice just right with the changing of the pitch of his guitar is masterful.
Lowbau will touring for the remainder of 2013 throughout Austria, Belgium, Holland and Germany, including at least one stop in July with EYEHATEGOD!
~Joe

For Fans Of; Maylene and the Sons of Disaster, Alice In Chains, Periphery, Sylosis

A Darker Shade Of Blues (streaming)