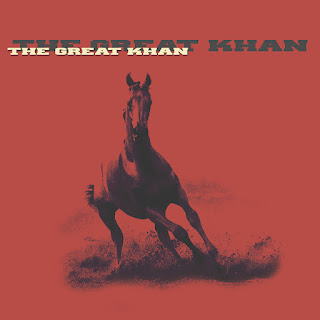 I've always wondered what Israeli southern rock would sound like...

Ok, thats complete bollocks, I've never given it a second thought. Well, I've never given it a first thought to be honest, at least I hadn't until I received a little message from Hannes at Kozmik Artifactz. But since then, I assure you, I've not stopped thinking about it, for good reason too because holy crap are these guys good?! No, thats a bit of an understatement. These guys are the mutts nuts!
I feel kind bad that I'm genuinely surprised as this, you'd think that after 3 years and hundreds upon hundreds of emails from every corner of the earth, I'd be a little more... tempered? I guess you can't help but become slightly blinkered when 99% of the bands you're regularly exposed to come from all of about four countries. Your mind kind of jumps to rash stereotypes and fantastic assumptions when you think of music from certain places; Russia's just too plain cold, right? Ha! - Kamni, The Grand Astoria, Electricjezus... Well Greece probably don't make much worth listening to, everyones broke?... Pfft! - Planet Of Zeus, 1000mods, Broken Serenity  Brazil - Monster Coyote, Slovenia - Voodoo Mule, Venezuela - Cultra Tres... The list is truly endless. So realistically, I shouldn't really be that surprised that Israel could take timeout from knocking the shit out of Palestine to give us one hell of a kick ass fuzzy southern rock band.
If this album doesn't grab you by the nuts within the first 30 seconds you really need to take a long hard look at yourself. It's that simple. It's got that wholly modern feel, that thick flow of groovy riffs and just instantly induce your head bob up and down. But you can clearly hear a fundamental classic rock essence shine through. From the likes of obvious trailblazers on the genre; Jerry Reed, ZZ Top, Cactus, Mountain etc to the unusual delights of Focus and Sir Lord Baltimore and complete with Yes esque organ bashing midway through the album's title track. It's one hell of a ride and has left me absolutely itching to hear the new album which I've been told should be released at the end of summer. Complete with four additional tracks and kick ass gatefold artwork from Christoph Heuer, the record will receive a limited pressing. We'll bring you more info and the new album a bit closer to its release, so keep an eye out. But for the time being crack open a cold one and enjoy the mighty Khan!
~ Jay