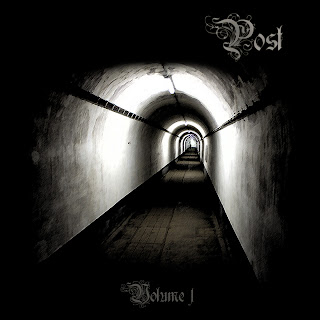 I wasn't too sure what to make of Post initially. For some reason I was expecting something in the way of black metal or such like when I chucked the album on. I think I was basing that entire assumption on their choice of font for the cover art. Anyway, what I actually got was pretty much the other end of the spectrum. Chasing The Crown opens with a riff that feels like its been pull straight out of a dirty southern rock bar and as far as getting my attention goes (with the exception of large boobs) very little works better. It's not exactly the sort of genre you directly associate with Italy, but then I'm not sure exactly what genre you do associate with them...? But then, we've had desert rock from Poland before, so who the hell am I to judge? So how'd you expect these guys to sound? Totally off the ball?... Maybe had a good stab at it but fell a little short?.. Nope, not even close. They nailed it! At least on the actual composition anyway. By which I mean, that this album coughs a spits out more huge foot stomping riffs than your mind can truly comprehend. Mainly because while you're listening your mind is preoccupied with thinking, "Goddamn, I wish I had thought up that riff!" Every one sounds wildly elaborate in places and although there is a heavy southern rock sound as a foundation it doesn't shy away from pulling out a bit of a late 80's hair rock lick or two. Fear not though they stop way, way short of the point of cheesyness or just being plain cringe worthy. Think of it as having all the quality, but minus the shit hair, spandex and groin thrusting... God, I'm so glad I missed most of the 80's. Another way to look at it though would be a bit like The Datsuns playing metal versions of their songs but with Danzig on vocal duties. Speaking of which, I must admit, when I began this post the vocals felt like the weakest part of the album for me. But having listened to the whole thing a few times I must confess they have grown on me a bit. Initially, they felt a little out of place. They have more of an early days of gothic-industrial feel to them that didn't quite match up with the groove riddled orgy they're backed by. But as the album progresses something seems to come together and you don't really dwell on the unorthodox combination. Maybe it's the occasional punk tempo that creeps in? Maybe it's the way it suddenly turns the furious hard rock to something deeper and darker at the flick of a switch. There's really something here for everyone, I know thats as cliche as saying that 'they will only go from strength to strength', but it's true. Don't believe me? Then go listen for your bloody self! While, you're at it, you may wanna check out the label thats putting them out - Radioactive Records, because if you dig Post, the rest of their line up will certainly be up your street.
~ Jay