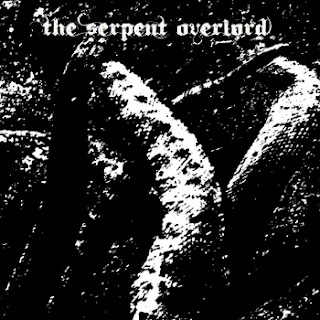 The mighty, open plains of Kansas must contain some hidden patches of really good weed. That weed, quite possibly, found its way to the dudes in The Serpent Overlord. Those dudes then whipped together one hell of a hazy, dark and spacey EP traversing all of the best elements that work in stoner rock and doom today. Oh yeah, and they did it in a musty basement, like 'Mericans!
Bullshit aside, The Serpent Overlord's latest offering takes the listener down a winding trail of airy, reverberating guitars and hushed vocals reminiscent of a hippie retreat to the forest before, suddenly, that same forest bursts into flames and is haunted on all sides by giant monsters and demons. Extreme shifts in the vocals from near whispers to growls create a strong dynamic in the band's songs, lending a helping hand to the similar changes in music. The light guitar work bursts into shred sessions and lengthy solos (which luckily don't become stale) that are bolstered by heavy, relentless drumming.
What works best for the album is the underlying material for which the band uses for inspiration, namely mythical beasts and witches. In listening to Nos Disperdere Nos, one should not assume that all of the songs are necessarily connected, but multiple listens create a sense of unity, as though the band is orating an ancient prophecy that is yet to occur. The back half of the album, comprised of "Witch's Cunt" and "Redemption," is the highlight of the effort, consisting of longer tracks that push forth the album's best concepts and showcases the musical talents of the band. "Redemption" begins with a series of simply strummed chords and echoing vocals (an aesthetic that holds course for the better half of the 11-minute ballad) before erupting into a back-and-forth of riffs and hummed-out bass lines that fade and re-enter the track (creating a great complexity amongst the seemingly traditional stoner sound).    As quickly as it all started, the song fades into its final moments of fleeting reverb and amp squeals, rounding out with a strong, memorable finish that almost seems too good for an EP.
With such a strong sound and inspired style, it would be a shame if Nos Disperdere Nos didn't receive the colored vinyl treatment (wink,wink).
~Joe