The Dark Side Of The Prism... 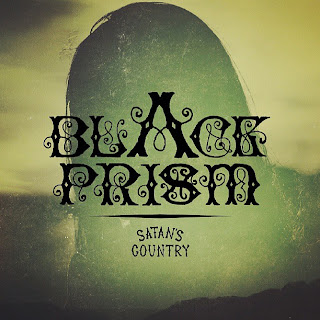 It's a really quick update today, so I apologise in advance. Well, actually, scrap that, no I don't. It's only one song, so how long do you expect me to wax lyrical about a single track? Still, it is one hell of a track. So much so, I've had it playing pretty much non stop for the last week or so, and if you've got a brain in your skull then you really should be following bloody suit.
Over the last couple of years the whole acid rock scene has gradually picked up pace and gained a huge resurgence. I say resurgence... I can't really recall much prior to Uncle Acid's Blood Lust if I'm honest. All those bands that really founded the scene and sound back in the day really fall into the whole classic rock bracket. It's kind of strange because all the elements have been pretty prevalent for as long as I can remember; the occult imagery, the slightly higher pitched doom style riffage and a vocal style that echo's of a young Ozzy. There's truly nothing new under sun, but that being said, the concoction of all those elements, in the right order, still make for one belter of a tune and Black Prism have absolutely nailed the recipe. It's a cardinal sin to really judge a band on the strength of just one track, but Satan's Country is absolutely swimming in excellence and I'd be utterly astonished if some of that quality hasn't splashed onto at least a couple more tracks they have up their sleeve. Either way, I'm bloody dying to find out.

It may just be the whiskey talking (I'm currently half way through a bottle of Jim Beam Devil's Cut) but I swear, I'd kill a nun with a brick if it got meant I go to have full length album by these guys right now! Still, I can reside in the knowledge that soon, one of Easy Rider Record's gorgeous little 7" pressings will soon be in my possession [cue evil laugh]. I suggest y'all join me and high tail it over to the store and pre-order yours too, because these are gonna be gone faster than a whores draws.
~ Jay