Going Out Kicking and Screaming... 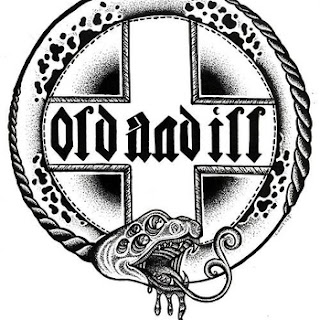 There are a lot of sludge bands out there. So many in fact that you can start to get bogged down when trying to give them all a fair listen, but, then again, I suppose the point of sludge rock is to really enjoy the groove-laden trip. It really just helps when the band knows how to keep a pace that doesn't trail off into a sort of misdirected opus that doesn't know where it wants to end. If Old and Ill's Live Slow, Die Old can teach up-and-comers anything, it is that the genre should be thought of as a trip fro Point A to Point B with a definite destination as far as where the music should take the listener. Despite trying to make something sound so concrete and formulaic, it's not to say that some great things can't be found along the way.
An interesting move on the band's part, Old and Ill have layered their debut demo into a sludgy sandwich oozing with devastating blasts of percussion and psychedelic riffs between shred-heavy tracks that provide a kick straight to the balls. Opening track "Throat Feast" sounds as though the band loaded into a space ship, set the boosters to full throttle, ripped a giant fucking hole through the moon and landed on a planet waiting to be plundered and destroyed with no hopes of survival. More literally, the band sets a great opening tone with precision guitar work that remains at the forefront of the track while punk-esque drumming and devilish vocals hit like a sledgehammer. The meat of the demo, "House of Wax" and "Stag Hunt," are noticeably different in that Old and Ill slow the tempo way down and begin their journey through all that is loud. Resonant down chords ring out over and over, sounding as though the strings might fall right off the bass and guitar. When the pace does perk up, sweeping solos rule the realm, clocking in and out at odd time marks that help generate a varied tempo that doesn't lose its edge. As quickly as it began, the demo rides off into the darkness with "Public Universal Fiend," another fast track that pulls from the likes of shred-metal and darker punk acts. The drumming ramps up and the string department gets a little tighter, shifting the finale toward an impressive, trippy mix that ends on crunchy hums.
Truly understanding what they have created, Old and Ill have appropriately decided upon releasing the demo on cassette tape, lending yet another hand to the grimy sound they have mastered. Those interested in the few remaining tapes should head here. The band can also be caught laying it down live as soon as tonight (July 2) in San Antonio, TX at the Limelight with Weedeater and ASG.
~Joe