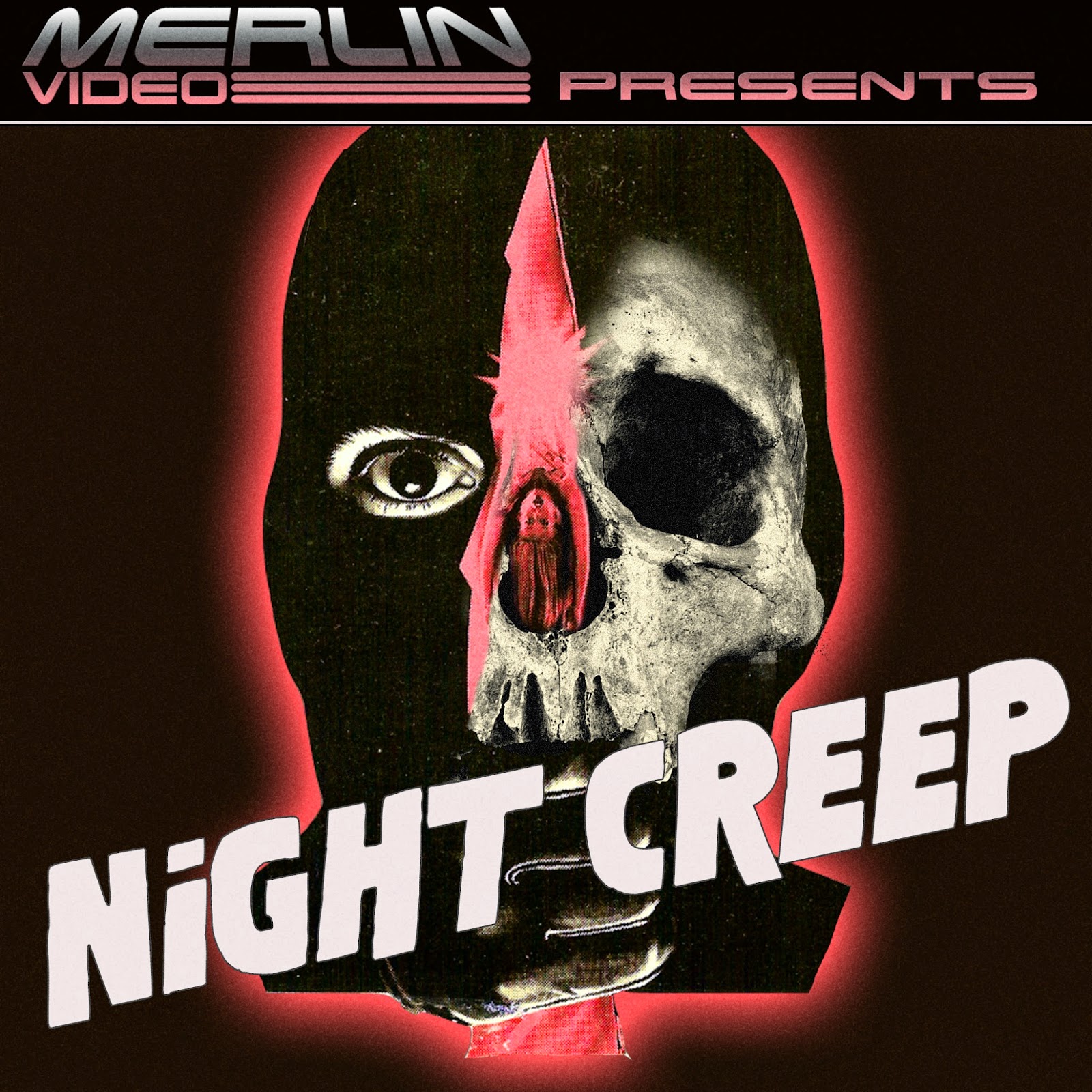 Following up on their well-received new album, Christ Killer, Merlin have already put together a new single.  The A-side, “Night Creep”, makes use of an extended synth intro before bursting out into the sand-blasted desert doom the band does so well, stomping along to the crash of drums and some solid guitar crunch while the vocals outline a mysterious stalker's approach.  Plenty of switch-ups in the riffing and structure keep this one popping along, flying by the seat of its pants until the end comes in a din of psychedelic freak-out.
The B-side, “Robe Of Bones”, trades in the regular keyboard synth sound for a bigger, more pipe organ-like lavishing, letting its chords ring out as the band shifts into a slower mode with more emphasis on a traditional doom vibe (or as close to traditional as this band will let themselves be).  A lot of this track sinks into a heavy instrumental groove, gradually adding in extra touches until rising back up into a mighty organ-backed high-lighting of the drummer's prowess over growling bass.
Both tracks are pretty damn good (as you'd expect if you've heard the band before), and it makes for another strong entry in the band's catalog.  Details on the single's format for physical release are still a little hazy, but the digital version will be available on the band's site October 13th, and you can expect the '70s horror movie imagery to stay strong no matter how it emerges.
~ Gabriel