Blood On The Sands... 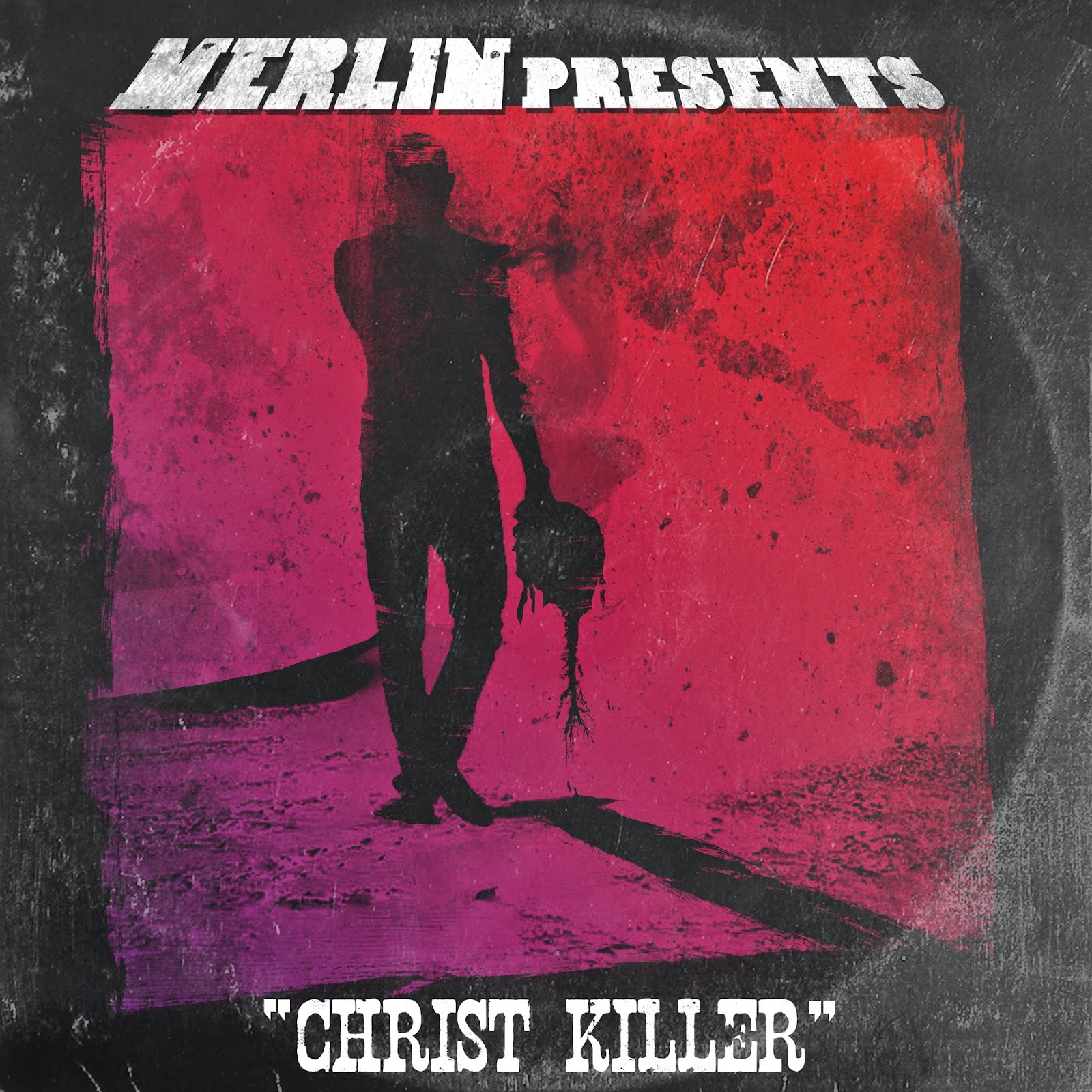 The latest release from the prolific Merlin, who put out two full releases and a split last year alone, is allegedly based on a screenplay by Nick Cave for Gladiator II: Christ Killer. While we won't be seeing Russell Crowe hold a thorn-crowned head up on the silver screen anytime soon, Merlin's interpretation provides a satisfying alternative for that experience, melding a Pantera-like sense of hard country rock with some psychedelic-edged doom for a trip into alternate history. The flow of the album is excellent, with a close attention to details, as when a closing chord from one song continues ringing out its reverb as the next song revs up into motion.
By the time they get to “Deal With The Devil”, things are in full swing, with bass providing a landscape of growling and churning noise over the drums, the guitar sizzling away alongside it, and the vocals rising like a battle cry. From there, it's on into the sounds of space with “Lucifer's Revenge”, in which the reverb turns into a devouring beast, layering residual tones and feedback for a wild ride into the nine circles. “The Christkiller” is where the CD edition ends, which pulls from spaghetti western soundtracks for a distinctly weird Western vibe and a crashing crescendo to close things down for the night. If you picked up the online version, though, you're treated to a bonus track, “Forever My Queen”, which is just the right size to be played over the credits of the film, should it ever materialize; it shifts back into the doom rock mode of things, propelled by one of the album's catchier riffs, while the guitarist takes free license to shred his fingers down to the bone.
Either version offers some fine tunes for your time, and it's something you should really check into if you have a taste for doom, cowboys, and some El Topo-ish desert visions. This one's sure to grow in notoriety as the year continues, but it really benefits from being listened to in the hot months of summer, so don't let it get cold before you put it in your ears.
~ Gabriel