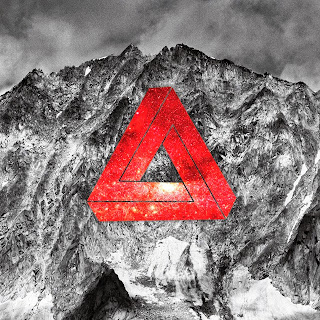 I'm sick. Not, like, in the head. Well partly in the head. No, I have man flu and I'm dying, so I apologise for the lack of reviews this week. I'm also a little delirious, so if I swing off on any tangents and none of this makes sense, it's the raging fever and drugs. Right, so now I've announced my inevitable death and got that out the way I can now tell y'all about the latest from our pal's over at Acid Cosmonaut. Thankfully, they sent me something a bit more mellow and chilled out as many of the band we've received over the last week or so have been real face melters, and my head just can't comprehend or process anything that's too full on right now. Because I'm dying.
Anyway. Manthra Dei. They're from Italy and they play (predominantly) instrumental psycho stoner prog rock. Whats more, they play it bloody well! Think Jethro Tull meets Causa Sui meets Tool. Sure, I've expressed my dislike for Tool in the past, and even as I lie here on my death bed I shall not be retracting that statement. But what Manthra Dei do here is truly awesome. They've seemingly mashed together all of their influences in one easy to swallow pill. All the sombre ambience of modern post rock crash like waves over whats fundamentally an early 70's prog rock foundation. Despite growing up with my dad almost force feeding me this surreal drug addled genre, it never quite grabbed me. Well, not until later life, and now hearing this, you really can appreciate all the trailblazers hard work and graft. Listen to the whole album and you'll catch snippets and nuances from the likes of Yes, Focus, Pink Floyd, Tull, King Crimson, Emerson Lake & Palmer and even Jean Michel Jarre. But along with the good old nostalgia trip Manthra Dei also bring their own honed touch to proceedings in the form of a slightly more aggressive approach and riff dominated breaks and bridges, which lets face it, are pretty unorthodox when it comes to prog. So with catchy stoner riffs laid over the top of a organ, what more could you possibly need?
Oh yeah, the vinyl!
~ Jay