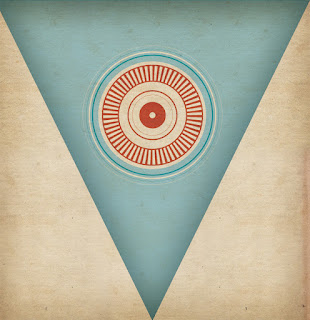 Another overlooked gem from a few years ago that's making the rounds again is Valley of the Sun's 2011 effort "The Sayings of the Seers". This time on Kozmik Artifactz, and with a couple of extra tracks including a great acoustic version of "Riding the Dunes". With the album not only consisting of punchy, distortion driven riffs, the farther you get into it, the more mellow  guitar work starts to show through. Add in the drums that roll in like low hanging storm clouds, it's a solid piece of heavy rock with some subtle grunge influences making their presense felt here and there over the duration. My favorite on this has been the original version of "Riding the Dunes", with thick, slightly sludgy riffs, and a grungy vocal delivery, it's one of the heavier tracks on the album, with an undeniable groove. The acoustic version would obviously lack some of the same intensity, but the nuances and overall tone of the song change a little bit and you have an equally good but polar opposite version from what you started with. You can grab the vinyl version directly from the Kozmik Artifactz webstore, or if you just want a digital version to keep with you, check out the Valley of the Sun bandcamp.
~Skip

For Fans Of; Truckfighters, Alice In Chains, Priestess