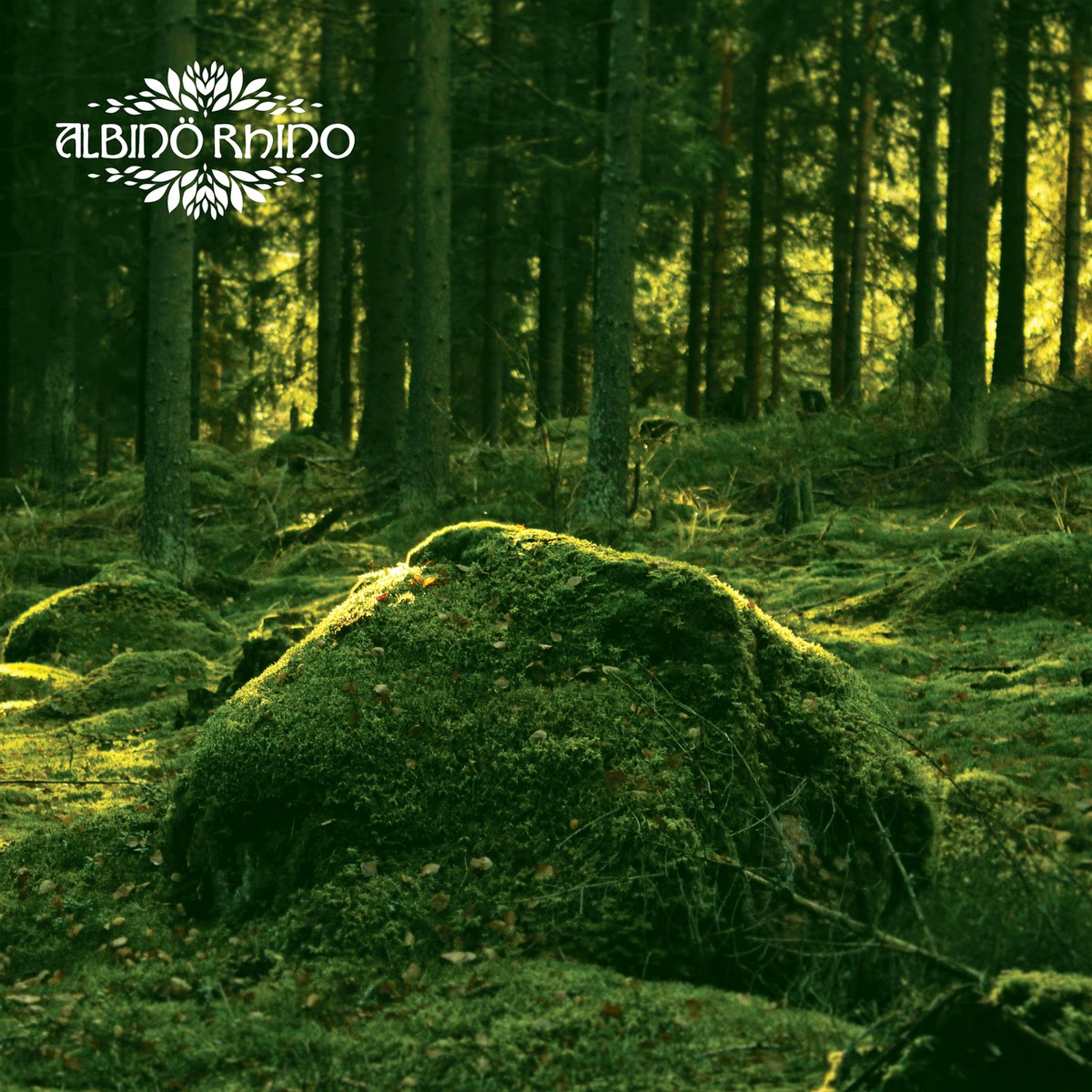 Albinö Rhino's first full-length is a big old boy, with each of its four tracks averaging around the ~10-minute mark.  Kicking off with “The Forest Prevails”, they immediately sink into a groove at crushing depths, rolling along on growing momentum into heavier and choppier waters as the song continues; think something along the lines of “Dopesmoker”'s opening, but with more of an optimistic bent to things shining through in their tone and timbre.  The whole song plays the 'growing intensity' card to great effect, and it's almost jarring when it pulls to a close and finally unclenches the band's hold on the central riff.
Of course, then things are picked right back up by the second track, “Sanctification”, which snaps its own monster riff right into place, introduces their melancholy-minus-paralysis vocals, and tears off into the dark.  “Blue Mist” follows that up in a similar vein, though things are a little faster and sharper by that point, with the band breaking out moves more aggressive than on either of the preceding tracks, and basically pulling off the doom/stoner metal equivalent of a circle pit summoning.
The album wraps things up (to a degree) with “Uphold The Light, Pt. 1”, which lets them show off even more riff-crafting abilities as they roar into even wilder territory, snapping out rhythms and vocal deliveries without diminishing the impact of the roots-and-leaves grime of the song's animating melody.   Great stuff, and I'm personally very much looking forward to their next release, which will hopefully jump into “Uphold The Light, Pt. 2” right off the bat to continue their masterful groove.  If you're looking for something heavy and fuzzy, or a more summery sort of doom, be sure to catch this Rhino.
~ Gabriel