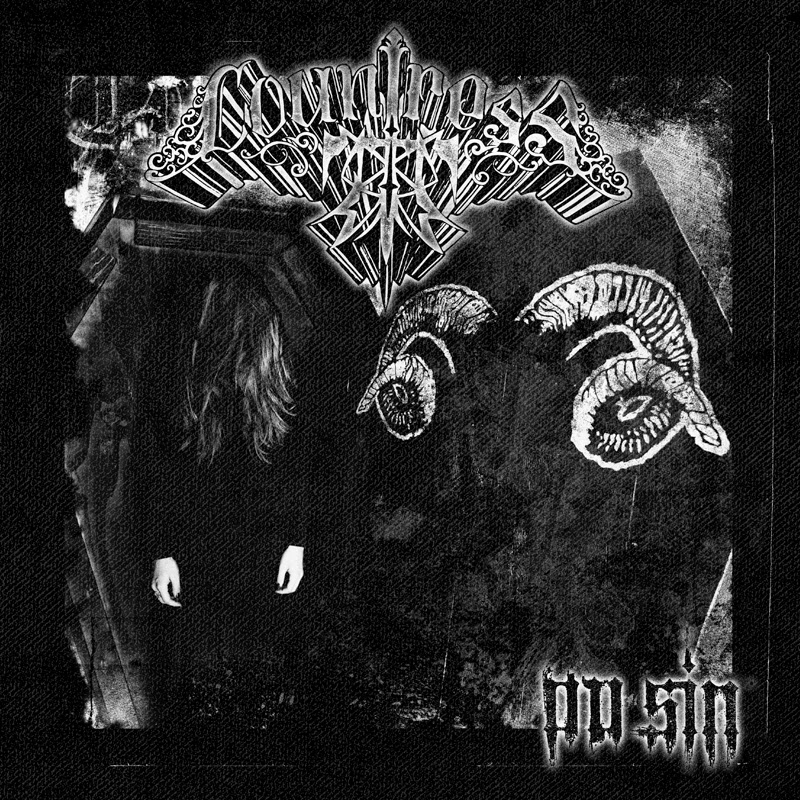 With some blackened thrash, a splash of death metal, and some solid grooves running underneath the fury, Countress make their full-length debut with Ov Sin, and prove that there's more than one way to approach the spirit of doom. Take the occult focus and preoccupation with serial killers that marks bands such as Church Of Misery and Bongripper, crank the speed and aggression up on the dial for the music and vocals, give the drummer some unforgiving passages to play, some blistering riffs for the guitarist, and you're pretty close to the 'dangerous after dark' neighborhood of Countress.
The music rarely slows down, but every now and then the band will throw in a scraping slide on guitar, a particularly complex drum fill, or a nicely atmospheric intro/bridge to a song that suggests they could easily put together a devastating straight black doom album from the materials hidden up their sleeves, if they could just tear themselves away from their commitment to speed and sound barrages. “Hell Is Here” is probably their most restrained track in that respect, slowing the guitar-work down to a grim and gritty growl for most of the song, which makes their release of that throttle for the rest of the songs even more striking, but they bring it into play elsewhere as well.
If you're not averse to injecting the spirit of doom into other styles that have traditionally had some serious friction, give Countress a fair try. It may be a little out of the ordinary for our offerings, but they've got the same madness in their hearts as the most dyed-purple-in-the-wool doomers; they just want to pick some fights to go along with it.  We've also got an interview with them popping up today, so give it a read and let them win you over already!
~ Gabriel