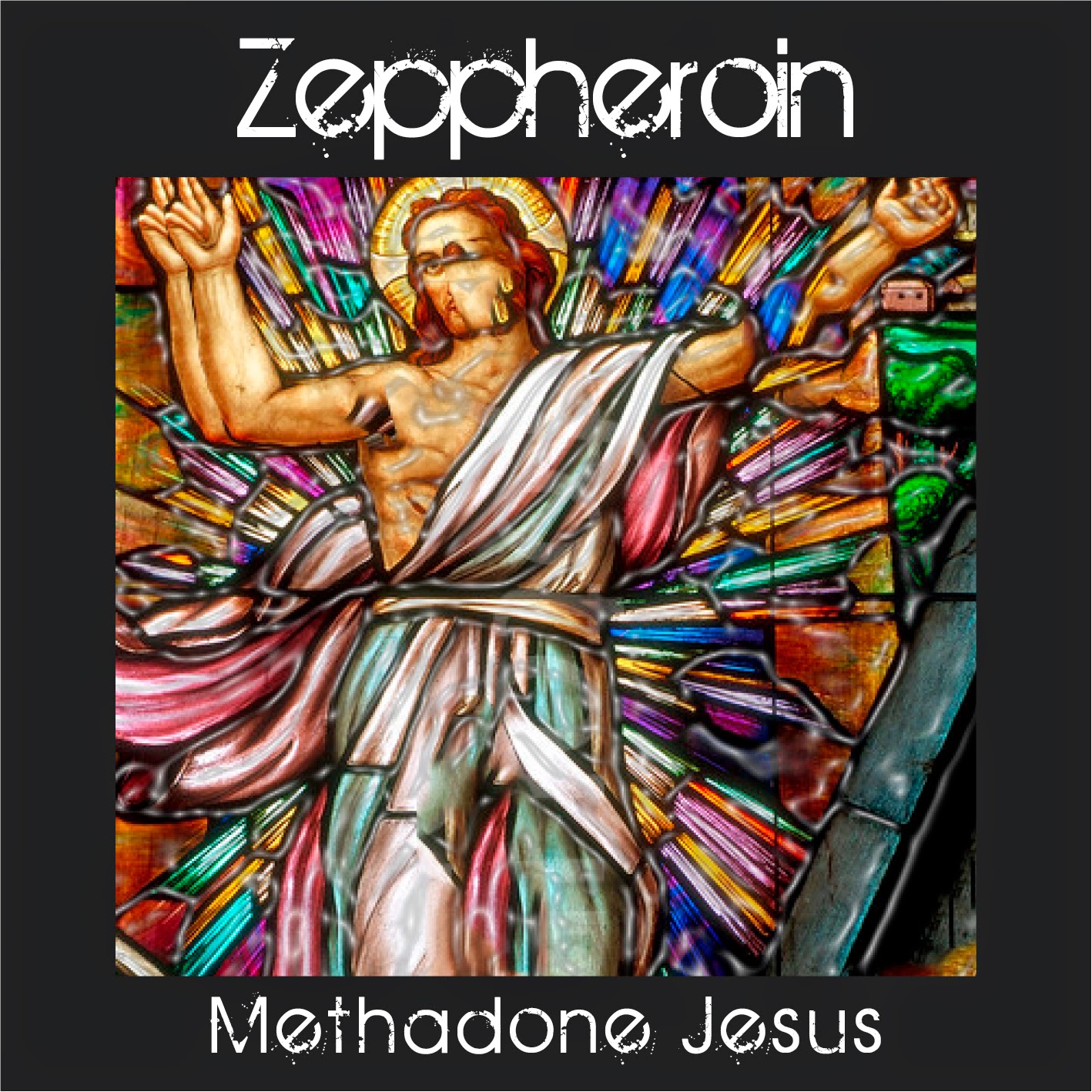 From the first distorted notes, Zeppheroin's latest album drips grimy doom, like something you might find oozing from the walls of an asylum's basement. From the sound of things, that might be where they recorded the album, as there's a distinct rough edge to the production work, though it by no means blunts the band's efforts; on the contrary, it tends to add a claustrophobic feel to the echoing reverb and massive growls from the bass, while the percussion slides in on an almost subliminal level. I say band, but it should be noted that everything you'll hear on this album was the work of one man, Tony Maim, who gelled it all together with a sticky tar coating that works so well you'll want to scrub your ears clean after listening.
For all the 'tie it to a brick and toss it in the river' heaviness throughout the proceedings, Zeppheroin's more than capable of pulling out a ripping guitar passage when wanted, serving as a sort of analogue to psychotic breaks or something along those lines. Whatever it is, it's downright filthy, sludgy stuff with a low-nonsense approach to accepting doom in your life; as he notes in the notes, “no mention of the occult or burning witches – is it still Doom?” The answer is an definite yes, with hope audibly absent from the experience. Throw yourself down a flight of stairs, get a painkiller prescription, and then blare this as loud as your senses can stand; your neighbors might not appreciate it, but your ears should.
~ Gabriel