Story of the Spirit Knife 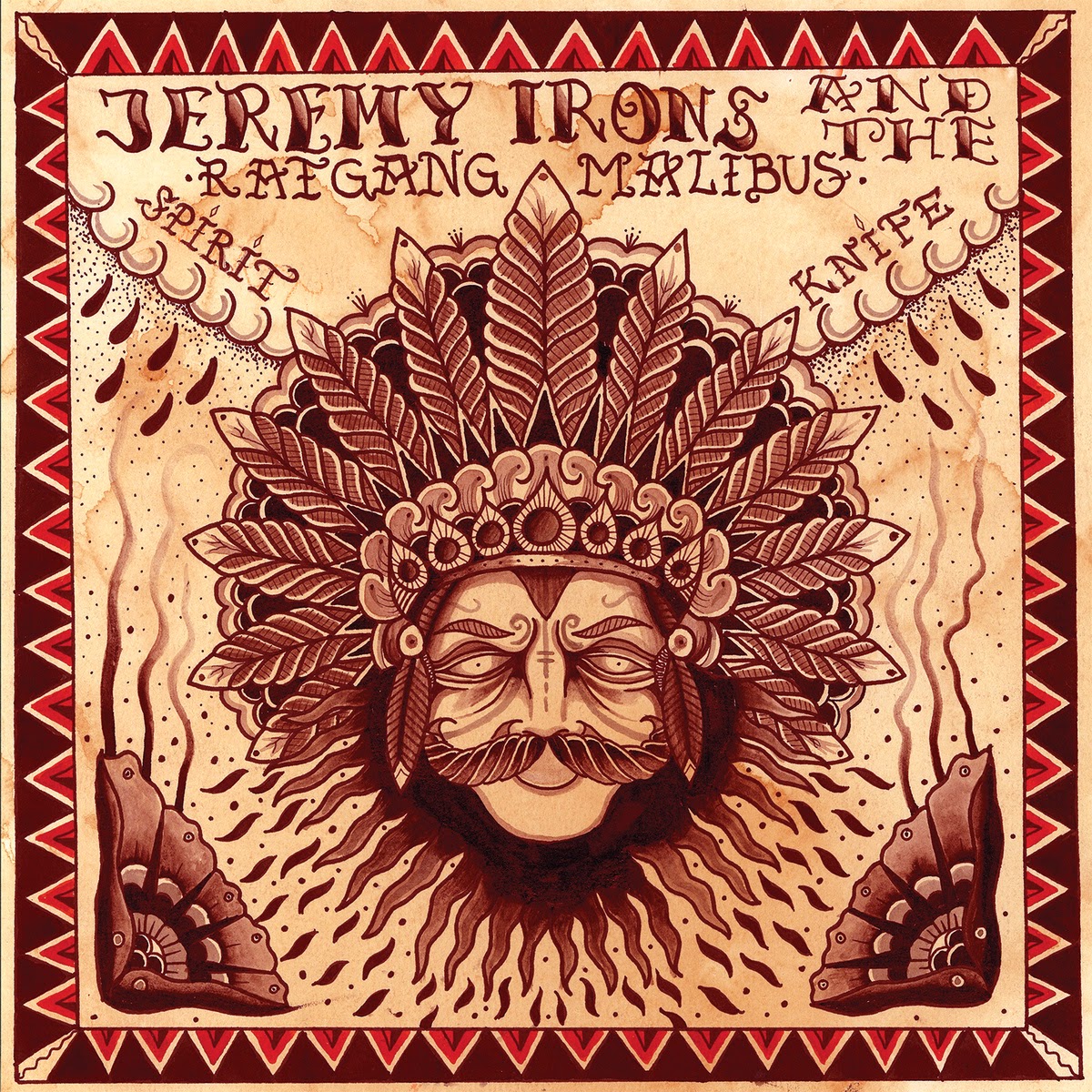 For those of you, like myself, that have never heard of this Swedish four piece, Jeremy Irons and the Ratgang Malibus plays their own type of super mellow, spaced-out Psychedelic Rock with a vintage vibe. Listening to "Spirit Knife" is more like taking a cosmic journey than simply listening to an album, the huge, soaring vocals that command your attention from their first utterance, but are never oppressive, always relying on dynamics and pitch to sound huge as opposed to sheer volume. With every change of the song you're greeted with a new, expansive soundscape, each like it's own separate universe, all are similar and all are unique in their own way. Like the track "Sworn Collision" has a mellow Grunge, SoundGarden kind of thing going on, while a track like "Once Levitated" strikes me as a song that probably would of gotten decent radio rotation back in the '70s. The sheer scope of the songs is one of the most common traits, they sound so much larger than what you'd associate with a four piece group, enveloping and even overwhelming the listener just a bit. The guitar tone is understated at times, but can become colossal, dominating the song and cracking down like a bolt of lightning without a moment of hesitation. The stand out track for me on the whole thing was the album's closing, and title track, they're all excellent selections of music, but that's the one that really got me hooked and made me hit repeat when I got through the first listen. "Spirit Knife" kicks off with a distorted guitar part that ramps up into a screaming guitar riff before dropping off into an ambient lull, where the singer starts to unleash his vocal performance in his usual melodic fashion, punctuated with huge highs and lows over the course of the track. The guitar is always trailing close behind, ready to breakout at a moments notice, and a rhythm section that is tight and always providing a subtle groove to get you moving. With the whole track seeming like a build up, until the very end where you're ferociously attacked with howling guitars, and raw vocals for a climatic end to an amazing album and song. You could probably spend a year engineering a machine that won't fit together as perfectly as all the parts of this band fall together to create a monumental wall of sound. While you can find their earlier releases on their own bandcamp, this  album is released through Small Stone Records, and can be purchased in any form through their bandcamp. With so many impressive albums coming out this year, and with so many more to go, this may not get all the deserved recognition, but don't be that guy, give it a spin.
~Skip