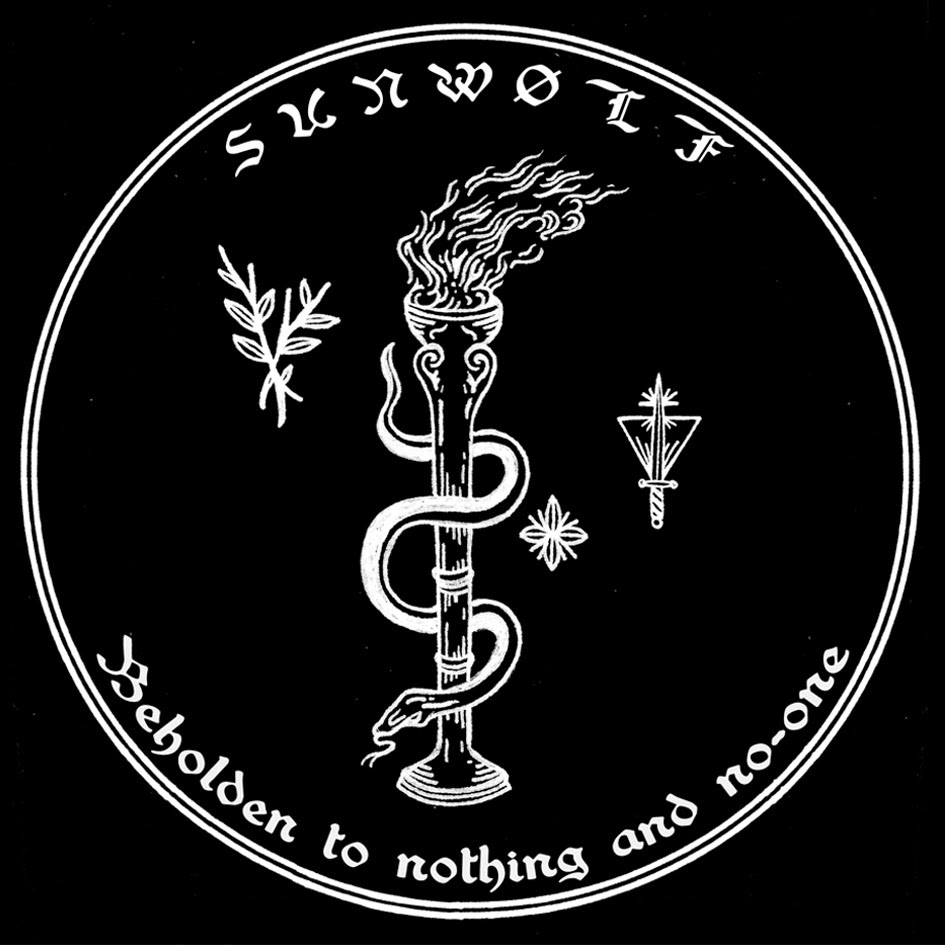 The third and latest album from UK-based outfit Sunwølf is an intimidatingly sizable affair, clocking in at two discs and ~90 minutes of epic-minded doom with wide vistas of resonance. For the first quarter or so of the first disc album, it's almost like a traditional doom version of post-rock, with attention to developing the details and building up into grandiose crescendos, even as dark, subtle shadows are growing beneath the brighter and more overt elements, with aching vocals and slow strums of instrumentation and soft touches of piano to paint the scenes.
Then the full-on metal vocals erupt from the sedation, the guitar swings into action with a grimy buzz, and they rumble into life like a long-buried war machine reactivated after decades of decay; after a few more songs, the rust has been rattled away, and a cleaner, sharper form emerges, rolling relentlessly on into crushing terrain, until all the concrete forms have been wiped away, leaving them back where they began, with only themselves still around to destroy.
On the second disc, the subdued style returns, with slow passages highlighted by judicious use of audio samples drifting along into sonic hypnosis with gleaming synth and sax tones and spine-tingling bass groans. There's so much to this album that I don't feel I can do it anywhere near the justice it deserves; it's something you just have to hear. Similarly, just one track can't represent all the different moods and wild moments of the album, but until June 30th, the one down below is all you can get. CDs will be extremely limited (personally, I'm hoping like crazy that some sharp label will license it for a wider release), so be sure to snap one up fast if you have any intention of getting one. Hats off to this group for some truly magnificent work.
~ Gabriel

For Fans Of; Godspeed You! Black Emperor, White Darkness, Jesu, Windhand, Wolves In The Throne Room