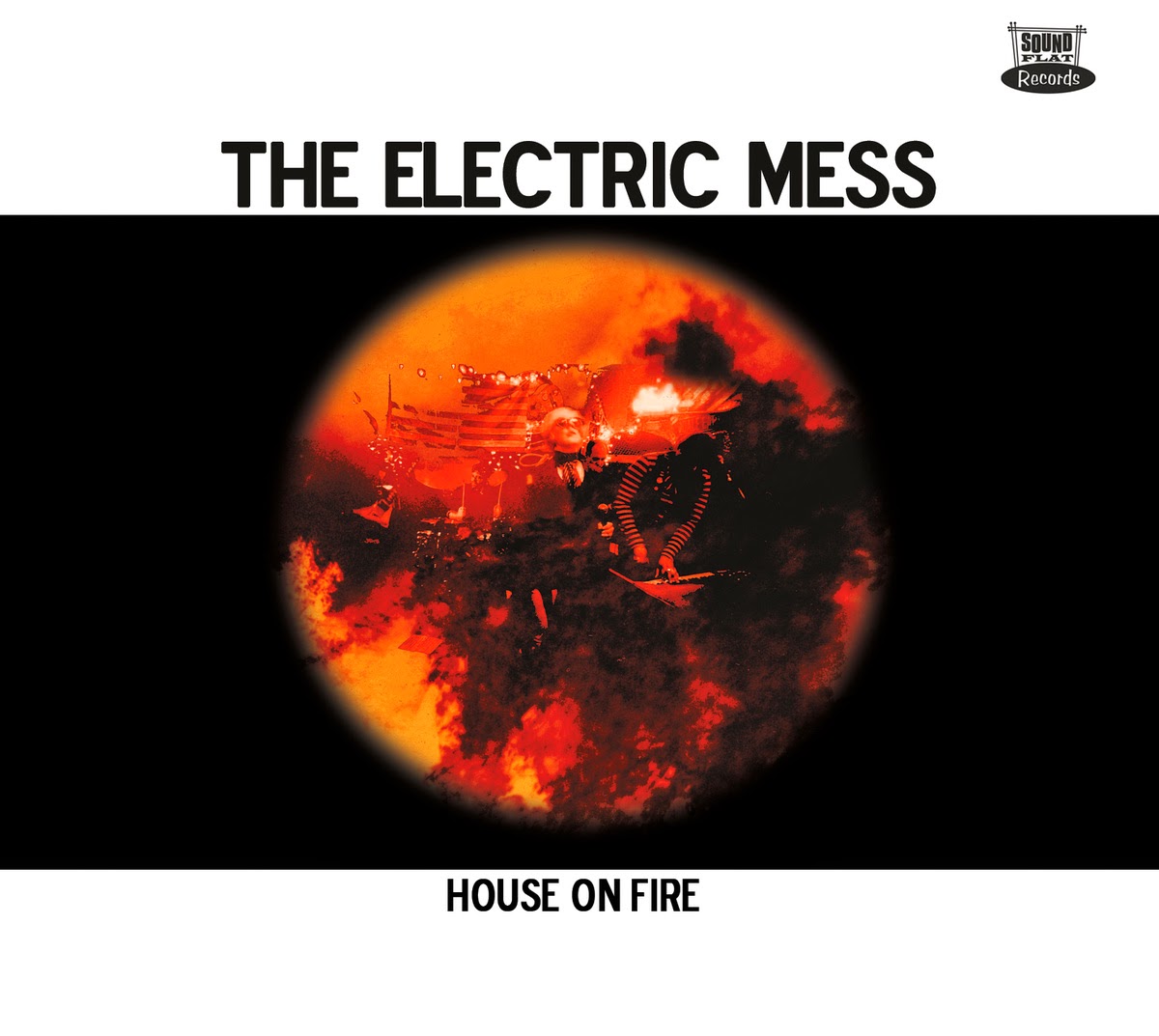 From the state of New York, The Electric Mess is a Garage Rock band that sounds like they could easily be transplanted from 1965 Detroit. From the howling electric organ groove that is always fun, to the shouted, uncompromising vocal performance, and swinging guitar riffs the entire album is like a trip to the past, and while the original Garage Rock movement was relatively short lived, the effect it had on Rock was undeniable, being a precursor to Punk Rock. That same sort of intensity and straight-forwardness is ever present on this album.
The opener, "Better to Be Lucky Than Good", is the perfect example of what Garage Rock is supposed to be. Opening with a roar from the whole group, the vocals are raw and melodic, with a rolling drum groove behind it. Already screaming from start to finishing,  when the guitar cranks up for its solo the Blues vibe almost starts dripping from the speakers. The next song is the title track, clocking in at just over two minutes, "House on Fire" is fast paced and in your face, with those trademark vocals and seemingly intertwined guitar and organ sound that pound the song home, with the bass and drums keeping the whole crew reigned in as best they can, and a guitar solo that had me hooked on first listen.
The chemistry and skill of all these musicians is immediately apparent to the person listening, fitting together and operating like a fine tuned race engine, almost as loud too. Having been together as a group for 7 years now, I'm sure that sort of familiarity plays into their cohesion, but sometimes nothing can replace sheer talent. While the record is out on Sound Flat Records, you can pick up physical copies here on their website, and take care of all your digital needs on bandcamp.
~Skip


For Fans Of; The Kinks, MC5, The Ramones