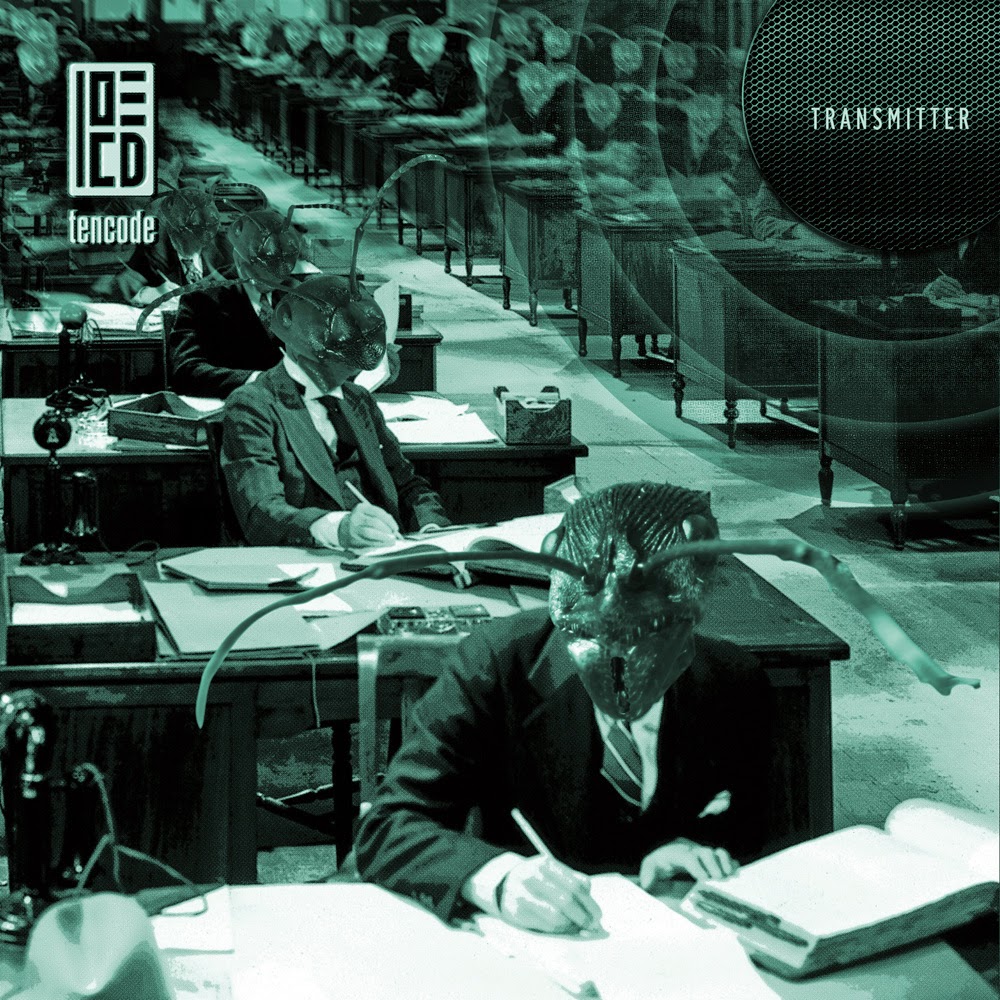 From the land of Greece comes the Stoner/Grunge Rock band 10 Code, and they just released two songs from their upcoming album, due out later this year. While these two songs alone don't tell much about the finished product, from the sounds of these two tracks, it's going to be pretty heavy. The title track "Transmitter" opens up with a signal code intro, after a couple seconds the guitar drops in and it's off to a bang, with a rolling drum line and a blasting Stoner Rock riff, and galloping bass part. When you're not being attacked by the groove, you're getting blown away by the vocals, from taking on a Marilyn Manson vibe, to high pitched and fine, all the way to having someone scream in your face. Probably one of the widest ranges you'll ever see in a single song, but it works well, changing with the intensity of the song along the way. The second song "Today" is a bit more laid back and melancholy, with more of that Grunge Rock vibe than anything, even sounding a bit like SoundGarden at times. It opens up with a clean, slower riff, with the drums banging along at the same pace. The vocals aren't all over the place on this one, with a bit of an Alternative Rock quality to them. The song is pretty tame all the way through, never really deviating from the formula, but it's well done, and if the ranges between these two songs are any indication, this album is poised to be a serious slab of Stoner/Grunge Rock. You can go pick up the single, and their EP that was released last year over on their bandcamp, because if you're like me, the two songs are just going to be a tease.
~Skip